An Interview With Sharkzilla AKA The Shark From Shark Week 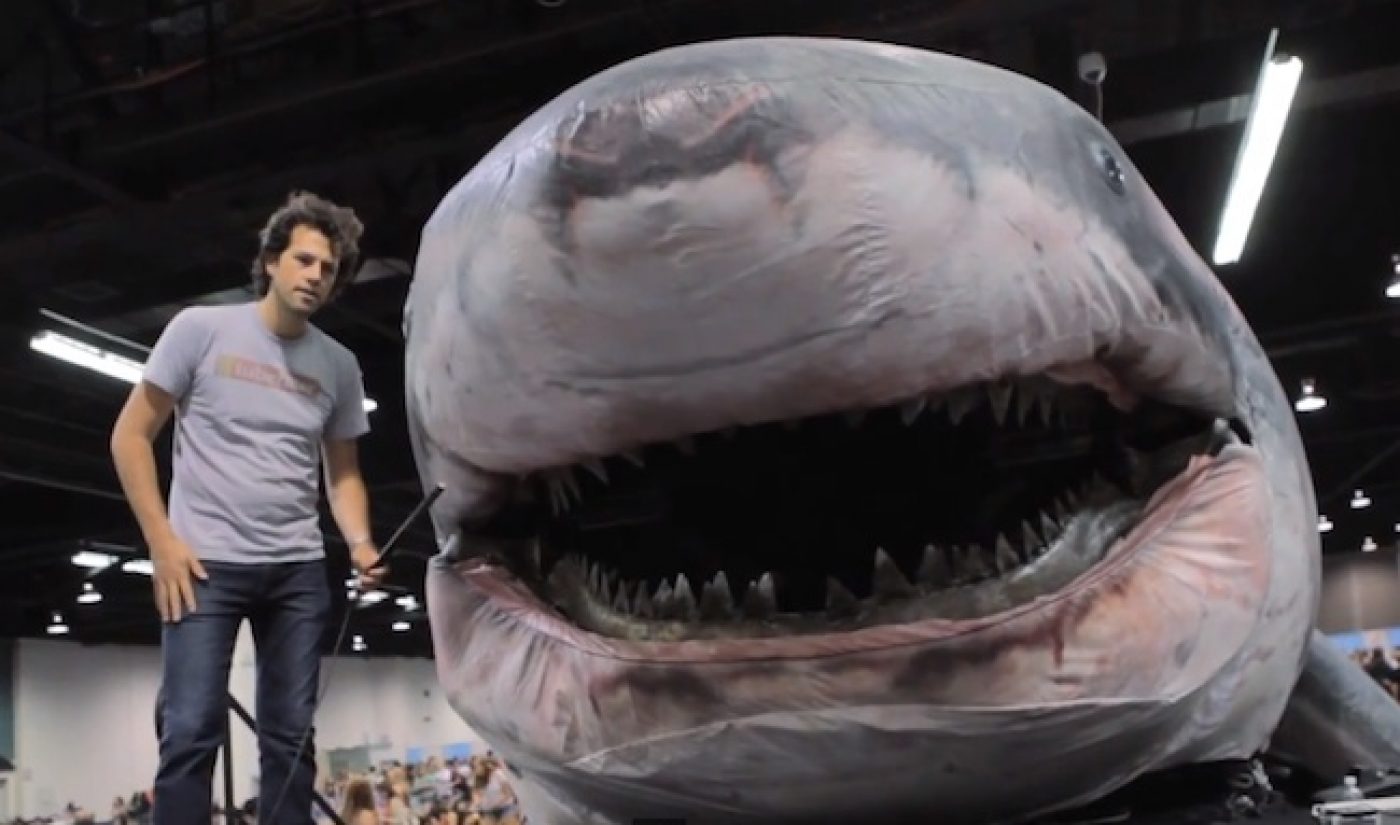 One of the best, most exclusive interviews we landed at VidCon 2013 was with a 52-foot animatronic fish with seven-inch steel teeth that goes by the imposing name of Sharkzilla. The manmade megalodon is the mascot of Discovery Channel’s Shark Week. And after an epic appearance at Comic-Con, he made his way up the California coast to Anaheim to grace the halls of VidCon with his massive presence.

The progeny of a 1.5 million-year-old extinct species and savvy mechanics, biologists, and engineers with a fantastic sense of internet culture showed off an insatiable appetite in the presence of YouTube auteurs, aficionados, and fans. He easily chomped down on a bicycle, a couple of surfboards, and the beloved SourceFed couch. Take a look:

In between meals, Tubefilter’s very own Drew Baldwin was able to catch up with the hungry fellow in an attempt to get to know the fish a little bit better. The resulting interview with Sharkzilla is equal parts ominous, entertaining, and enlightening. Give it at watch: