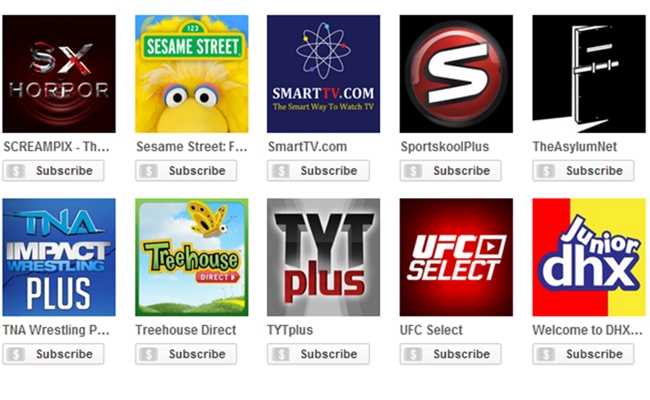 When discussing YouTube’s paid channels experiment and its cold start, it’s important to remember that the entire service is still in beta; the 60 channels that inaugurated it are meant as a mere taster course. At Vidcon, YouTube announced that the main dish is about to reach the table: the site will open up its paid subscriptions service to anyone with at least 10,000 subscribers.

Expect the responses to this news to be divided into two camps. One on side, we have the group who see the paid channels as an alternative revenue stream. Creators are desperate to find a monetization strategy that doesn’t involve ad revenue. With YouTube’s paid subscriptions creators can take advantage of a flexible pay-to-view model that also lets them more readily reach YouTube’s massive audience. As an added bonus, YouTube is sure to promote its paid channels in the same way it promoted its Original Channels last year.

On the other side, we have the detractors. These people will argue that the disappointing results seen by the first wave of paid channels proves that the model is not viable on YouTube. Without the option for free subscriptions in addition to paid ones (as is offered on Vimeo as well as new pay-what-you-want services Patreon and Subbable), the number of potential paid subscribers is limited to YouTube users with money who aren’t willing to simply abandon paid channels in favor of similar, freer ones. This group, as the detractors can argue, is a meager fraction of YouTube’s total audience. In addition, there is the fundamental problem that Hank Green touched on in his recent anti-YouTube video: why would you put your trust in a company that seems hellbent on changing its layout and features every five minutes?

So which side are you on? Are you somewhere in between? Invisible third option? Let us know in the comments.