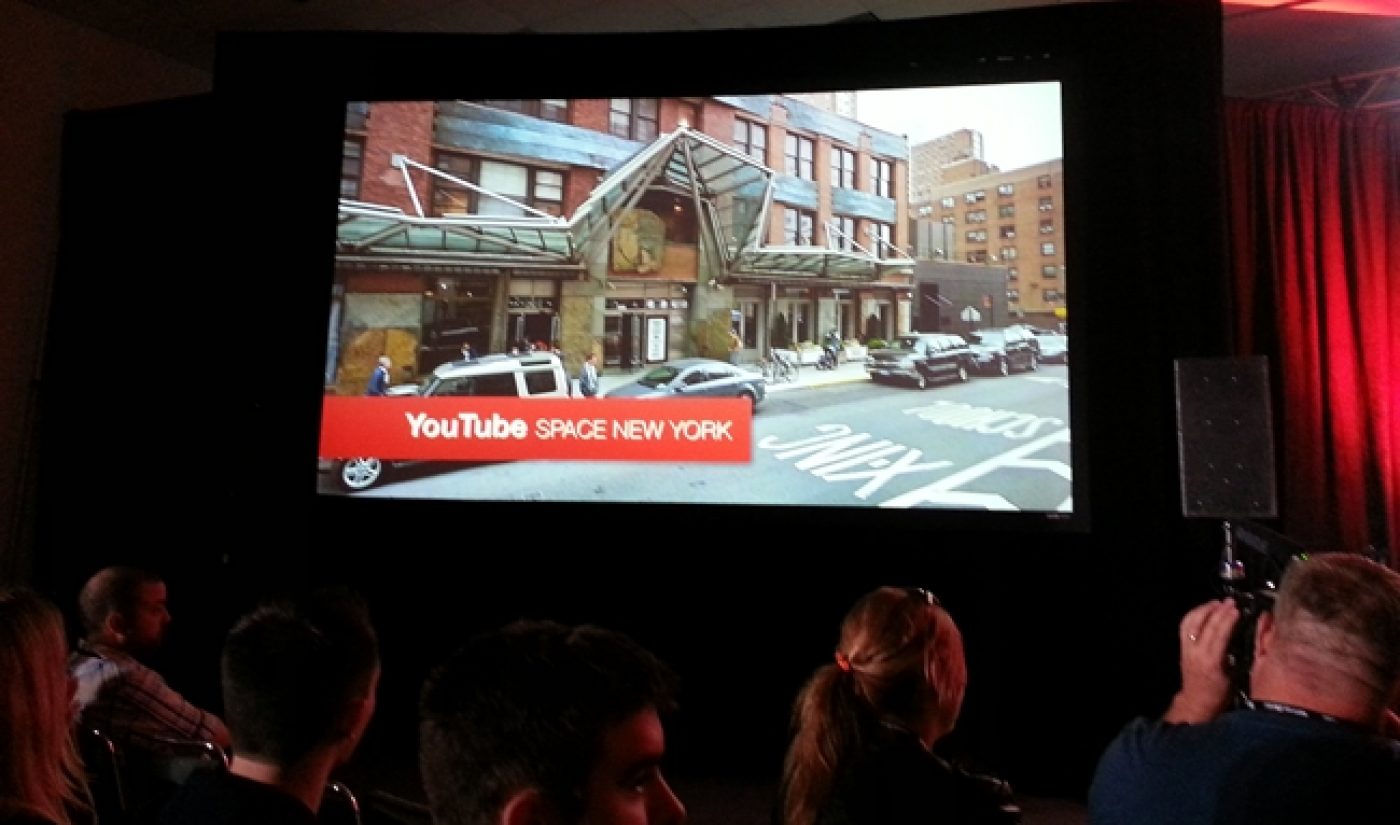 In early 2012, YouTube launched a creator space in London. Later that year, it opened a second space in LA, and a third, in Tokyo, arrived last February. Continuing this trend, YouTube has announced the location of its fourth creator space: New York, New York.

The New York space will be built in Manhattan’s Chelsea market and is scheduled for an October 2014 opening. As with the other three spaces, it will provide production studios, classes, and events for both aspiring and established YouTubers. “We want to invest in partners who built channels on the platform,” said Kathleen Grace, manager of production and programming for YouTube’s LA space, “It’s part-hippy commune, incubator and studio.”

As with the LA space, there will be many opportunities for YouTubers to collaborate, network, and, since this is New York, complain about the subway. More globally, the new space will remind YouTube creators that residence in LA is not a necessary prerequisite for YouTube stardom.