Eric Dunn Gets Laughs And 1.5+ Million Followers On Vine 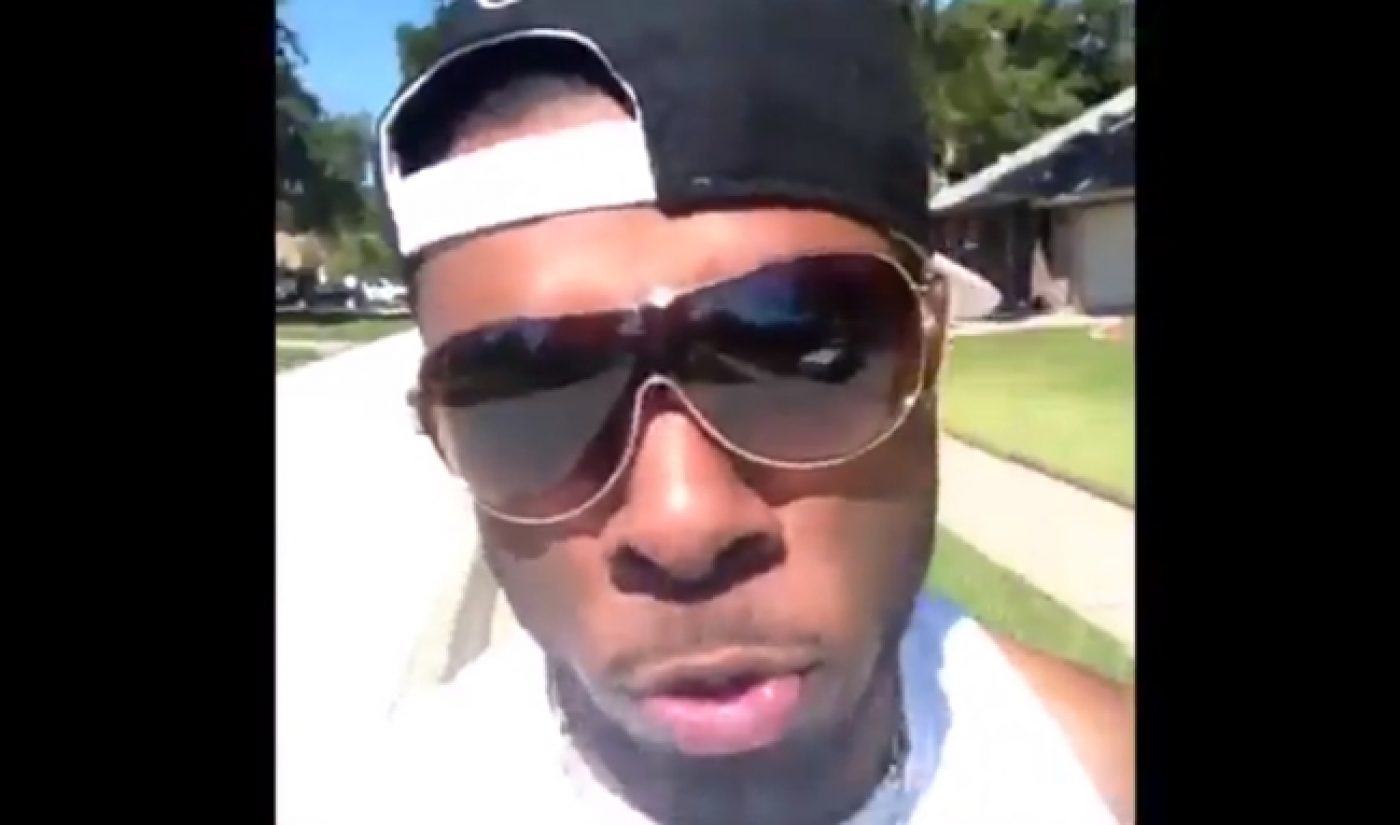 Yesterday, we shared an interview with Brittany Furlan, whose 1.7 million subscribers make her one of the most prominent members of the first wave of Vine stars. Furlan, however, is not alone. One of her fellow Viners at the Collab development space in LA is Eric Dunn, whose Jerome character provides poignant social commentary. Oh, and he’s very, very funny.

Dunn began Vining regularly in April and has since amassed more than 1.5 million subscribers on the platform. A 19 year old student at Florida Atlantic University, Dunn frequently Vines as the aforementioned Jerome, a suburban gangster who clearly speaks in all caps. Even when Dunn shelves Jerome, his popular Vines still sit at the intersection of race, suburban life, and comedy.

Dunn has also been incredibly successful at transferring his Vine celebrity status into a big time YouTube following. He’s already over 143,000 subscribers strong and 16 million views. Take a look below to see why:

We spoke to Dunn about his place at the forefront of the Vine movement.

Tubefilter: When did you get started on Vine? Eric Dunn: I got started on Vine during the last week of March, but I didn’t do anything consistent until April.

ED: I first noticed Vines on Twitter and I asked a friend what app it was and she said “Vine”. From there I downloaded the app and just started making videos for fun and being random with the camera.

TF: At what time did you realize, ‘Wow…I could really develop a following here!’?

ED: I didn’t think a large following on Vine would get me anywhere or that I would even get a lot of followers. I started gaining at a steady pace but not a significant pace because there were not many people using the app. I only wanted 10,000 followers when I got the app, but now that’s turned into 1 million.

TF: What’s it like to be killin’ it on Vine?

ED: It’s the same so far really; some people will recognize me in public and say “hey I love your Vine videos.”  The real change is going to happen when I start college again in the fall. Everyone with a Vine knows I go to FAU so there will be a lot of people noticing me when I start school again.

TF: Where do you go from here?

ED: For now I want to continue making Vines and start doing some YouTube videos, and I’m hoping it can get me into a movie or on a TV show at some point after I’m finished with college.