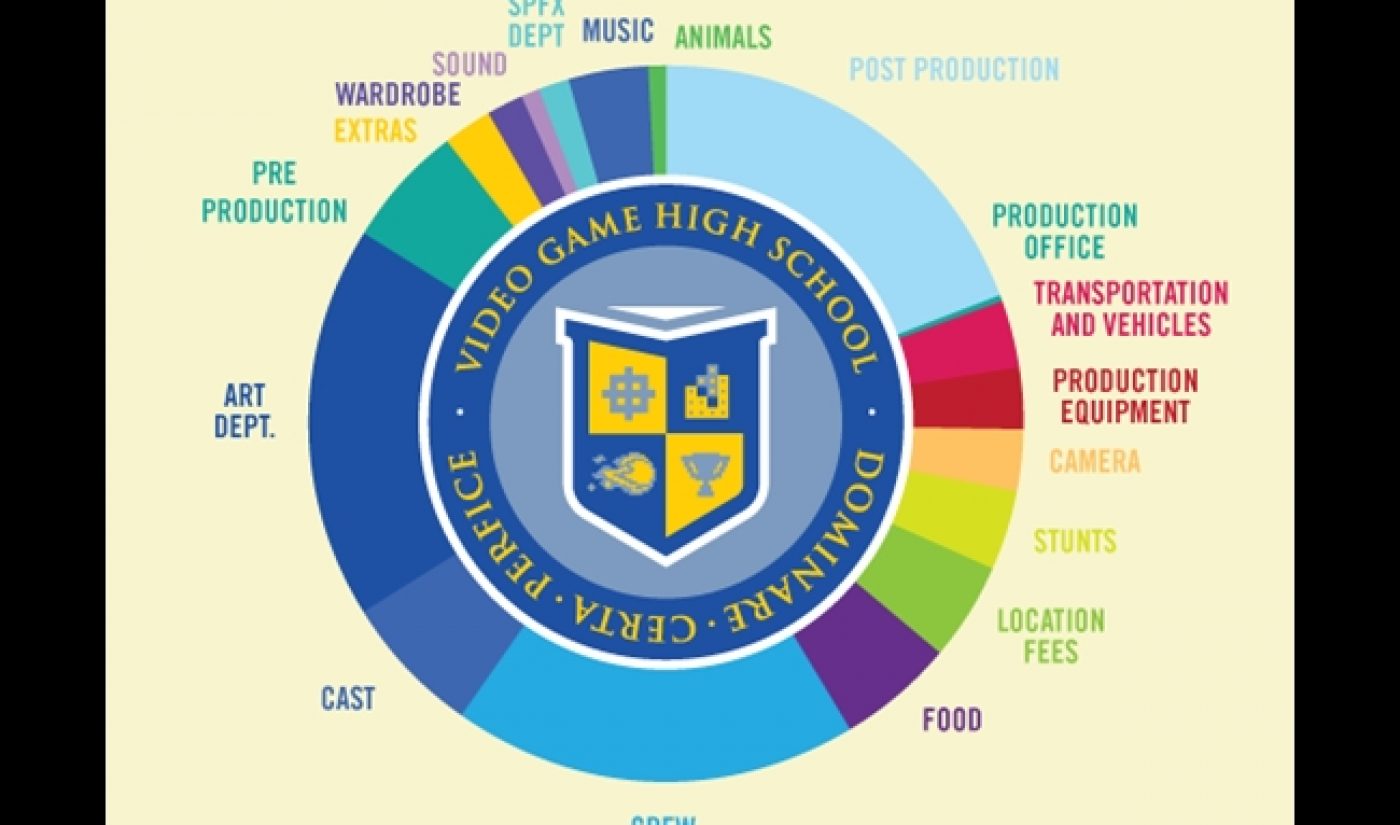 In addition to releasing the first episode of the second season of Video Game High School, Freddie Wong has given fans another interesting treat. He has created an infographic that breaks down the season’s total cost and explains where exactly all that money went.

The infographic is almost identical to the one Wong created after completing the first season of the series. The main difference is the budget itself; while season one cost more than $636,000 to make, season two comes in at a whopping $1,339,558, more than twice as much. More than $800,000 came from VGHS‘ record-breaking Kickstarter campaign, but a brand deal with Dodge, a partnership with The Collective and considerations from YouTube also contributed to the budget.

So where did that money go? Season two is only 50% longer than season one, so it’s not just a matter of scale. Instead, the reduced set and vehicle budgets (thanks to the sponsorship deals) allowed Wong to sink more money into his cast, art department, and post-production team. In particular, the art department’s budget jumped from $42,612 to $235,836. Judging by the first episode, the jump in special effects quality was a noticeable one.

“As we feel a strong obligation to our incredibly supportive fanbase, we have broken down all our costs below,” said Wong in a post accompanying the infographic, “We hope it is informative to those of you who donated, as well as enlightening to any current or future filmmakers looking to have a better understanding of filmmaking in this digital age and the costs associated with it.”

Of course, the most interesting part of the infographic is the part where Wong compares the per hour budget of his web series, one of the most expensive in web history, compared to TV sitcoms, House of Cards, and Halo 4: Forward Unto Dawn, all of which dwarf it. I guess season three will need to have eight times as many explosions if Wong truly wants to turn his project into a TV-sized experience.