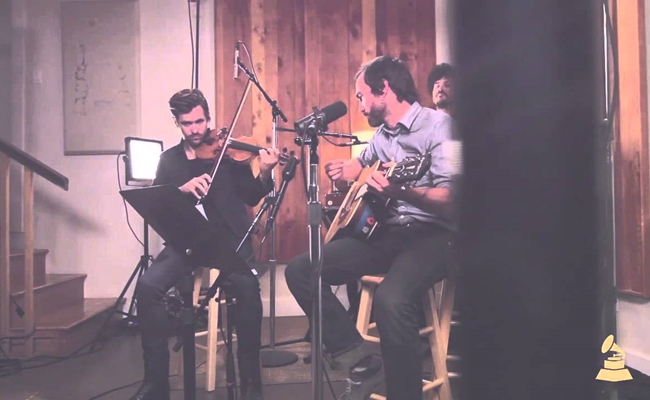 Did you know that there is such a thing as the Grammy Hall of Fame? It has spent the last 40 years cataloging records with “qualitative and historical significance.” In a new web series, a few modern artists are joining the effort and honoring their favorite Grammy Hall of Famers in the only way they know–through song. The Grammy website is the home of ReImagined, where current performers cover the Grammy winners that have inspired them.

ReImagined is a real mixed bag. Reach in once and you’ll find an acoustic guitar version of John Legend’s ‘Ordinary People’. Go back a second time and you may find a Shins cover of a fairly obscure blues track from 1950s musician Bukka White. Should you crave a third go-around, you could stumble upon The Lumineers as they bring their signature Americana twang to Fleetwood Mac’s ‘Go Your Own Way’.

Yes, ReImagined is a web series that would make Forrest Gump proud, and it is far from over, as new episodes are still being added on a regular basis. The Grammy Hall of Fame has more than 900 members, so there’s no shortage of material to choose from. ReImagined is yet another online success from the award show that has shown the most savvy when it comes to social media. The Grammys have done well to build their online presence, and the offbeat covers are a step in the right direction.