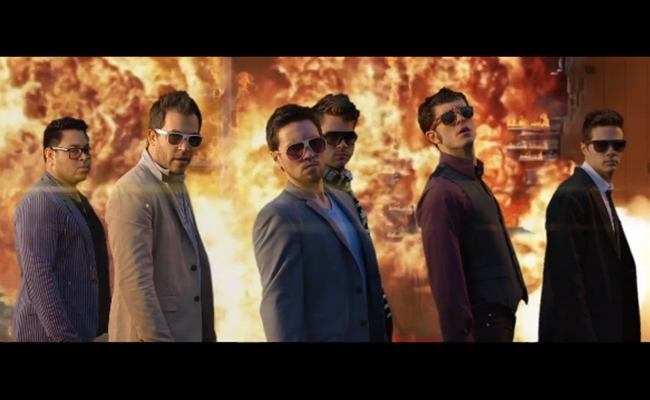 Chester See, Toby Turner, Many Guest Stars Drop ‘Whistle While I Work It’

I guess Chester See is sick of crooning piano ballads. The popular YouTuber has teamed up with Toby Turner, Wayne Brady, and a host of other recognizable creators for ‘Whistle While I Work It’, an utterly ridiculous yet oddly catchy dance song.

The video features a heavily-autotuned See and Turner hitting the club, where they are joined by several familiar faces, including Timothy DeLaGhetto, Andrew Garcia, Mike Tompkins, Lana McKissack, The Fu, and many, many others. Wayne Brady, fresh of his debut appearance on the revived Whose Line Is It Anyway?, drops a guest verse where he reminds us how he once asked if he would have to choke a bitch. In a random twist, the video is bookended by Tony Hawk appearances, in an apparent bump for the skateboarder’s RIDE channel. Pauly Shore also makes an appearance in See’s entourage.

The bumpin’ track has three alternate endings: one on YOMYOMF, one on Tobuscus, and one on See’s channel. Really, the only thing that changes is the explosion at the end. The three endings seem like a clever way for the video’s creators to get three separate views from each viewer.

‘Whistle While I Work It’ piggybacks off of several other recent YouTube videos. It most closely relates to The Gregory Brothers’ ‘DJ Play My Song’, which also functions as both a perfectly passable club track and a silly send-up of the clubs themselves. In a more general sense, these YouTuber efforts seek to follow in the footsteps of Psy and The Lonely Island, who have both scored over a billion views thanks to a combination of humor and catchiness. You can’t blame See and Turner for attempting to figure out that formula.