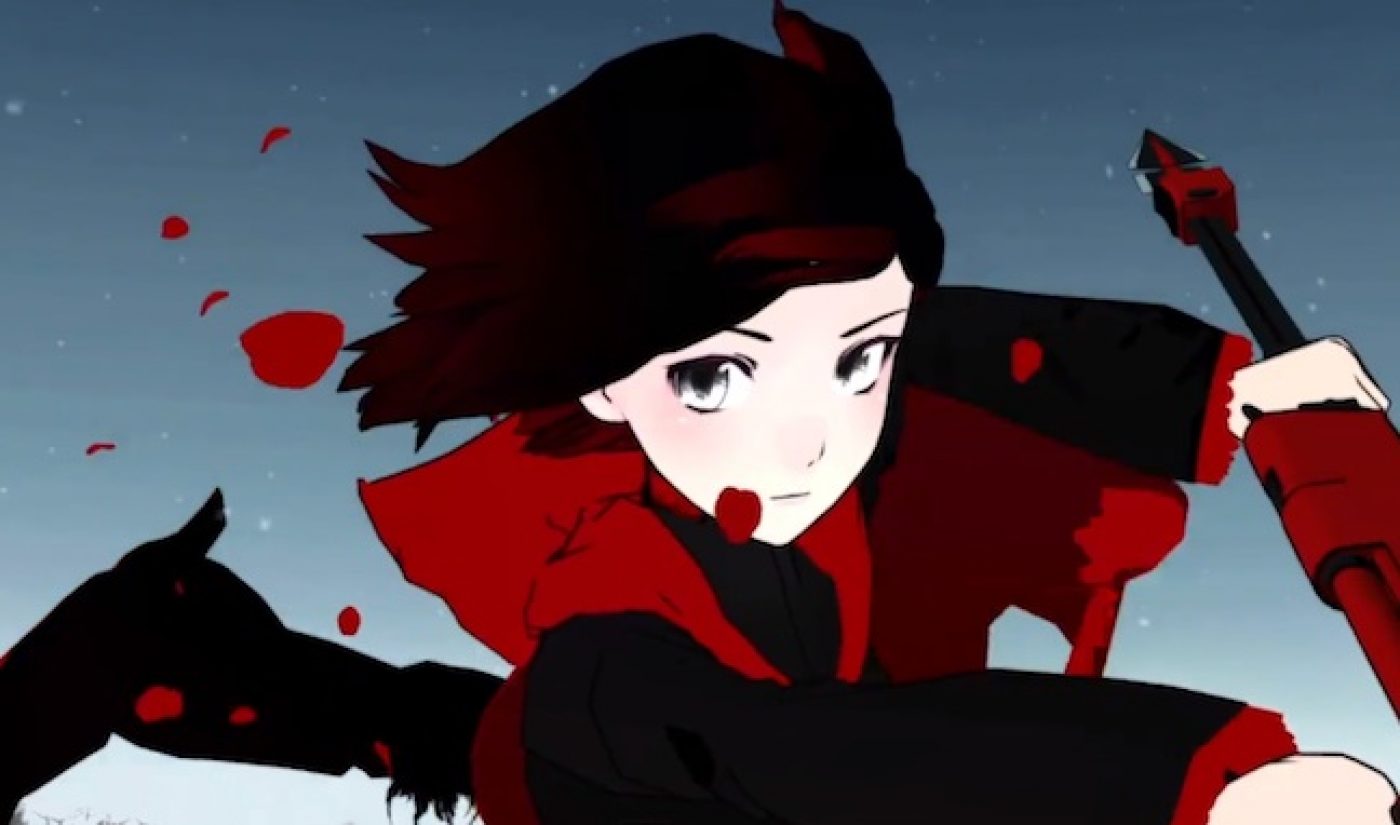 One of the most highly-anticipated web series in recent memory made its internet premiere on July 18 to a select audience of loyal sponsors. The first episode of RWBY, the colorful anime adventure series from the same people that brought you Red vs. Blue, dropped on RoosterTeeth.com, available only for paying subscribers of the site to see. The installment will go public on YouTube next week, while hardcore fans already got a sneak peak at the Rooster Teeth Expo in Austin, Texas in early July. The 16 part series marks a major achievement for one of the largest YouTube channels, as it’s the first anime the company has ever produced.

RWBY follows four different girls, each represented by a different color and brought together as they enter the prestigious Beacon Academy, a school responsible for training the best warriors and monster hunters in the city of Vale. Created by Monty Oum, the idea of RWBY came to him years ago when he wanted to base characters off of famous story-book characters like Red Riding Hood (who can be seen in the first trailer kicking ass and taking names).

RWBY was created completely in-house and features voices from Rooster Teeth personalities Lindsay Tuggey, Barbara Dunkelman, Kara Eberle, Kathleen Zuelch, and Miles Luna. The series continues Rooster Teeth’s history of delivering high quality content that resonates with fans. The company has been thrilled by the initial reaction to the series from the community ever since it received a standing ovation at the premiere screening at the expo.

“We’re just ridiculously excited about how awesome this show is. The fan reaction at RTX was off the charts, and we can’t wait to reveal episode one to our fans online, and new audiences around the world,” said Rooster Teeth CEO and Co-Founder Matt Hullum.

But it isn’t only the fans attending RTX that are excited for the series. The four trailers have been viewed a total of more than 11 million times. Whether RWBY is the next Red vs. Blue is to be seen, but the series is off to an amazing start. Be sure to check it out if you love great action, amazing animation, and/or a wicked premise.