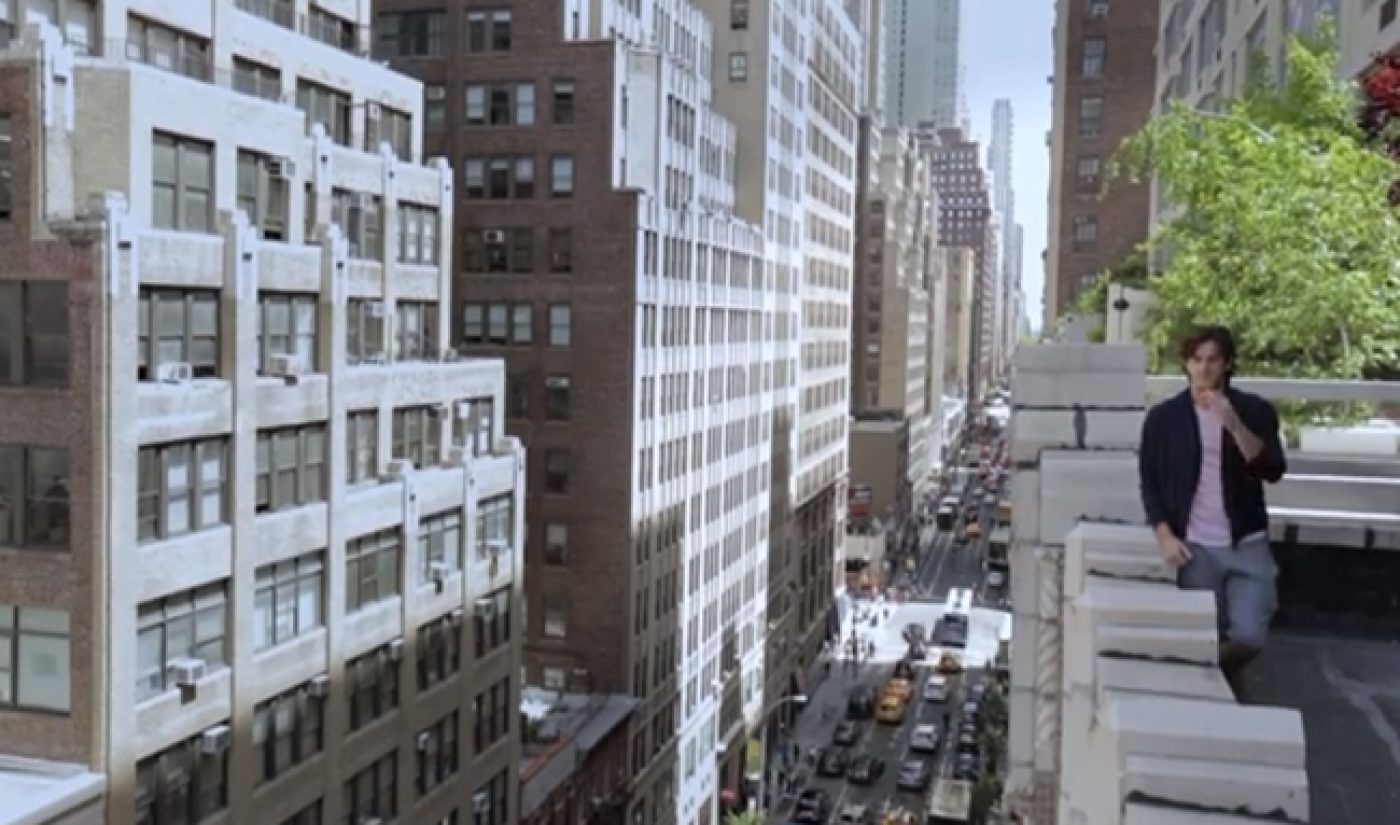 Andrew Jenks is best known for his MTV series, World Of Jenks, but his most recent project provides an introspective experience rarely offered on TV. Jenks is the creator and star of It’s About A Girl, a very clever web series that seeks to draw a line between dream and reality.

While the premise may sound like a bad Inception knock-off, It’s About A Girl is actually quite clever in the way it juxtaposes fantasies against the mundane nature of real life. The series follows Jenks as he pursues the girl of his dreams, but instead of painting an idealistic picture where that girl falls into his lap, Jenks instead plays a character who can only meet his true love (played by Taryn Southern) through a TV screen.

The best part of It’s About A Girl‘s debut episode is its lack of dialogue. Many web series feel obliged to jam as much talking into each episode as possible, but Jenks prefers to proceed wordlessly, letting the feelings and symbols he creates speak for themselves. In particular, the Brooklyn Bridge is a particularly effective location; while fantasy Andrew frolics underneath it, reality Andrew looks longingly from above. In Jenks case, a picture is certainly worth a thousand words.