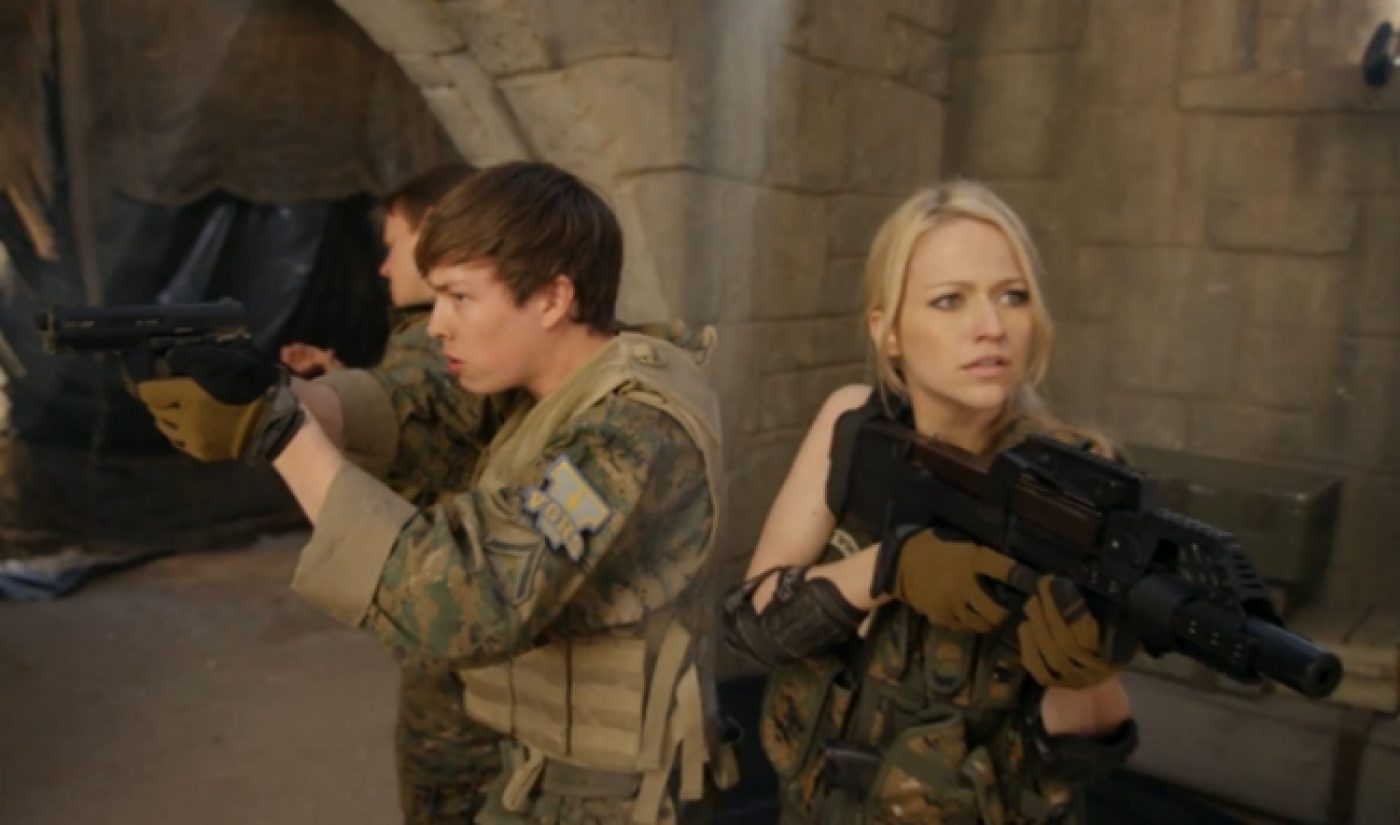 Though it has yet to debut, the second season of Video Game High School has already made plenty of headlines. First, Freddie Wong and Matt Arnold secured a sponsorship deal with Dodge Dart, and they followed that up by securing more funds through a record-breaking Kickstarter campaign. Wong has also discussed his use of mixed frame rates and longer episodes, both of which will ensure a more TV-like feel for the popular web series.

After all the hype, we now have a chance to see what the completed product will look like. Wong and Arnold have posted the season two trailer for Video Game High School on the Freddiew channel, complete with a churning EDM soundtrack.

The most striking feature of the trailer is the number of visible game modes. We see Brian D, Jenny Matrix, and the rest of the VGHS crew partake in the FPS game from season 1 as well as a fighting game, a Skyrim-ish RPG, a take on Mario Kart’s battle mode, and a fighting game. I’m still holding out for a Mavis Beacon Teaches Typing mode.

Beyond the new action sequences, we’re also treated to some new narrative twists. The Law, Brian Firenzi‘s sneering villain from season one, returns in what seems to be a redemptive storyline. Also, Harley Morenstein shows up in a bunny suit.

The first episode of the new season will debut July 25th on YouTube and Rocket Jump. Buckle your seatbelts, because it’s going to be a wild, colorful, effects-laden ride.