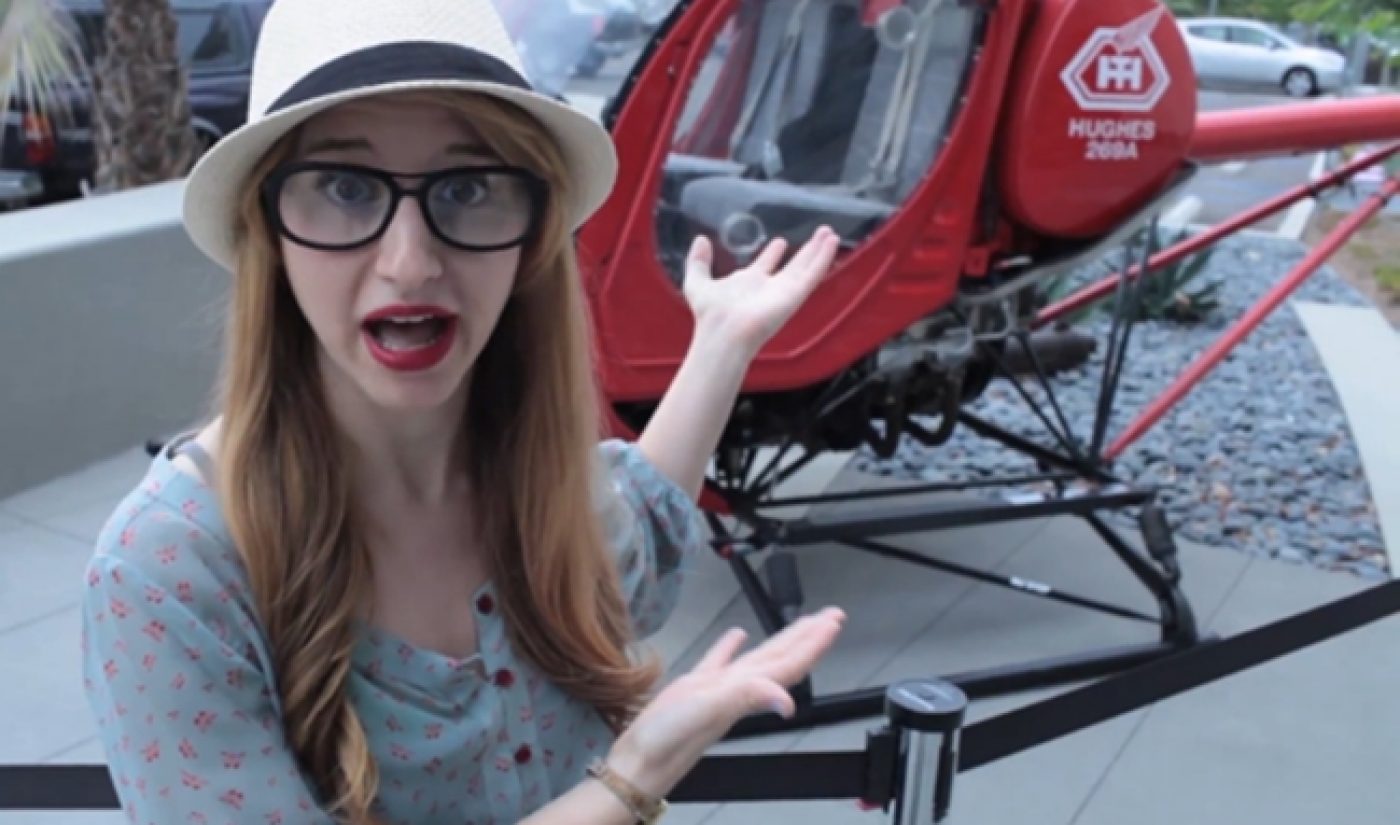 Aside from a Freddie Wong-filled Google Streetview tour, the average viewer has had few chances to look inside the LA Creator Space, YouTube’s spiffy $25 million production venue. With YouTube’s second summer ‘lab’, Geek Lab, in full swing, Kerri Doherty is offering viewers a look see. The Geeking Out leading lady has released a video where she tours the facility as part of her participation in Geek Lab.

Doherty shows us some things we already knew about the space: It has a ton of green screens and a helicopter. At the same time, there are some fun discoveries. Who knew YouTube had old-school arcade games? More importantly, why is it so quiet in there? I thought YouTubers were known for acting out. Doherty also hints at a top-secret construction project that may be related to Geek Lab. If I had to guess, I’d say they’re building a replica Death Star.

Doherty is one of the creators involved in Geek Lab, which runs from June 17th to July 20th. It is the second lab of the summer, following up the previously completed Beauty Lab, and as with that event, its primary goal is to foster a collaborative environment for like-minded YouTubers. In Doherty’s case, expect these collaborations to resemble the awkward interviews for which her channel is best known.