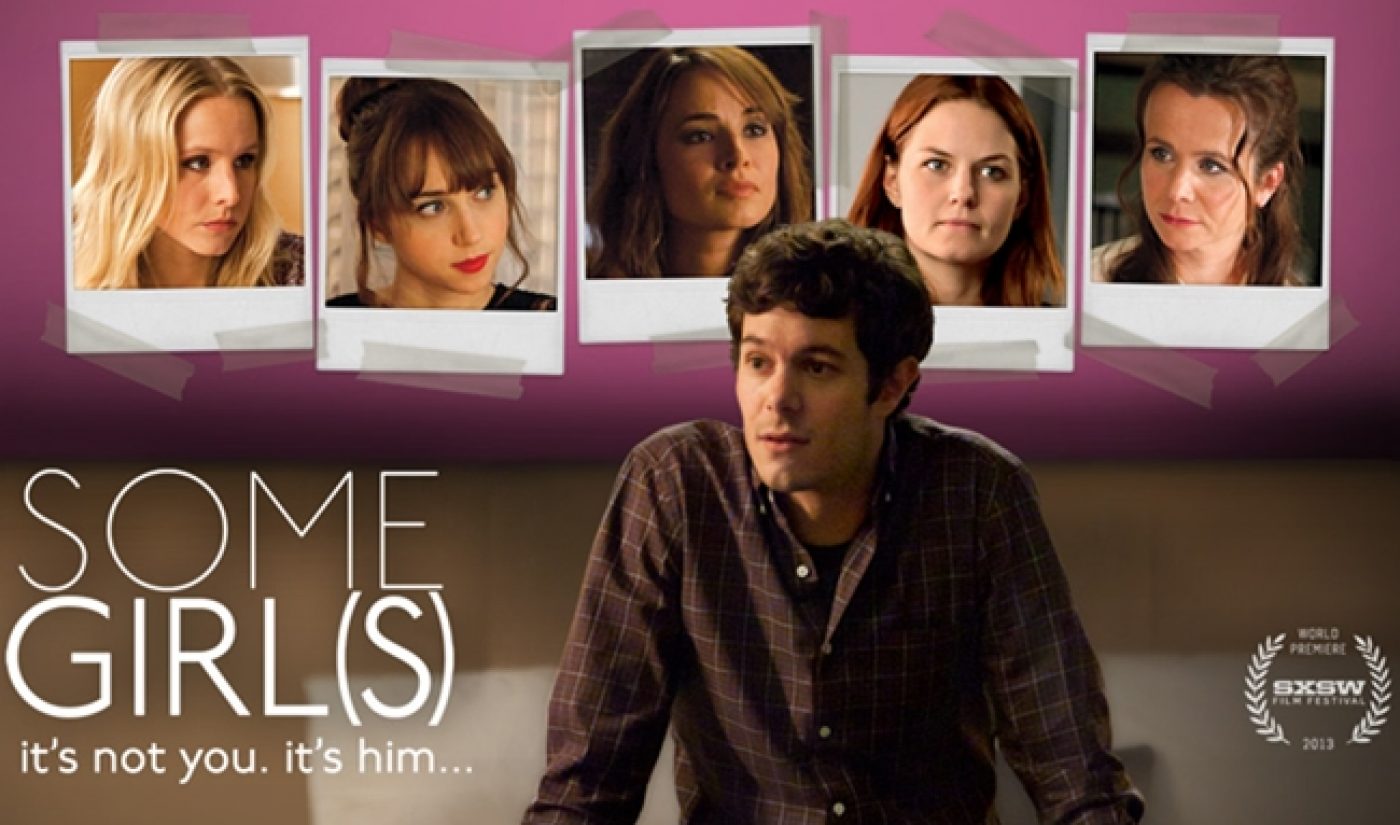 Vimeo On Demand has released its most star-studded feature yet. The pay-to-view platform is the exclusive distribution platform for Some Girl(s), a romantic drama starring Adam Brody and Kristen Bell.

Some Girl(s) initially debuted at this year’s SXSW. It stars Brody as a man who, on the verge of getting married, decides to visit with his five ex-girlfriends, played by Bell, Jennifer Morrison, Emily Watson, Mia Maestro, and Zoe Kazan. The film is based off a play of the same name written by Neil Labute, who also wrote the film (and is perhaps best known for directing The Wicker Man. Not the bees!) Though the full film is behind a paywall, the trailer is available free of charge:

Vimeo launched its On Demand service earlier this year, and Some Girl(s) is a much more star-studded film than any of the other offerings on the platform. “We’re very excited to partner with the Some Girl(s) team for the day-and-date release of this innovative film,” said Vimeo CEO Kerry Trainor. “Leeden Media’s decision to release the film direct to fans on Vimeo On Demand is a great example of how the web empowers creators of all levels to reach audiences worldwide and maintain control over how their content is sold.”

Some Girl(s) costs five dollars to rent and ten to purchase. Should it perform well, it will prove that Vimeo’s pay-to-view platform isn’t just about low-profile documentaries.