Chris Hardwick, Felicia Day Sing ‘We Are The World (Of Warcraft)’ 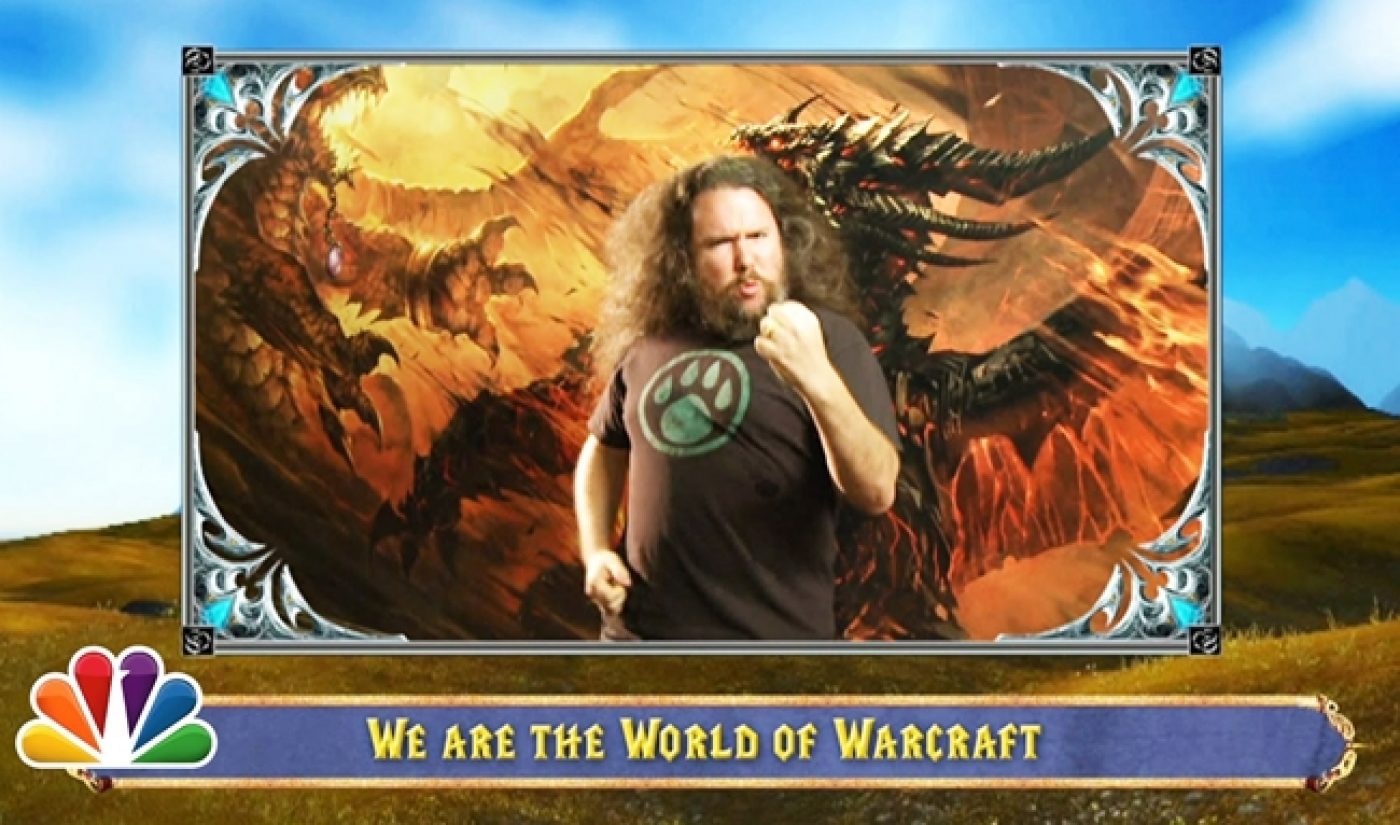 Two of YouTube’s biggest nerds recently joined Jimmy Fallon in celebrating a world they hold so dear. Felicia Day and Chris Hardwick are guest singers on ‘We Are The World Of Warcraft‘, a song about the world’s favorite (and most addictive) MMORPG.

The song recently debuted on Late Night With Jimmy Fallon and now lives on YouTube, where it has scored more than half a million views. Felicia Day’s vocal prowess comes as no surprise to anyone who’s ever seen ‘Do You Want To Date My Avatar?‘, but who knew Hardwick had such a good voice? I thought he only used songs to make jokes.

The video also features a number of YouTubers who make World of Warcraft videos, including Swifty and Athene. Clearly Fallon and his team did their research (or they are big nerds themselves). In the end, it’s not quite ‘Make Love, Not Warcraft‘, but it’s worth a look.