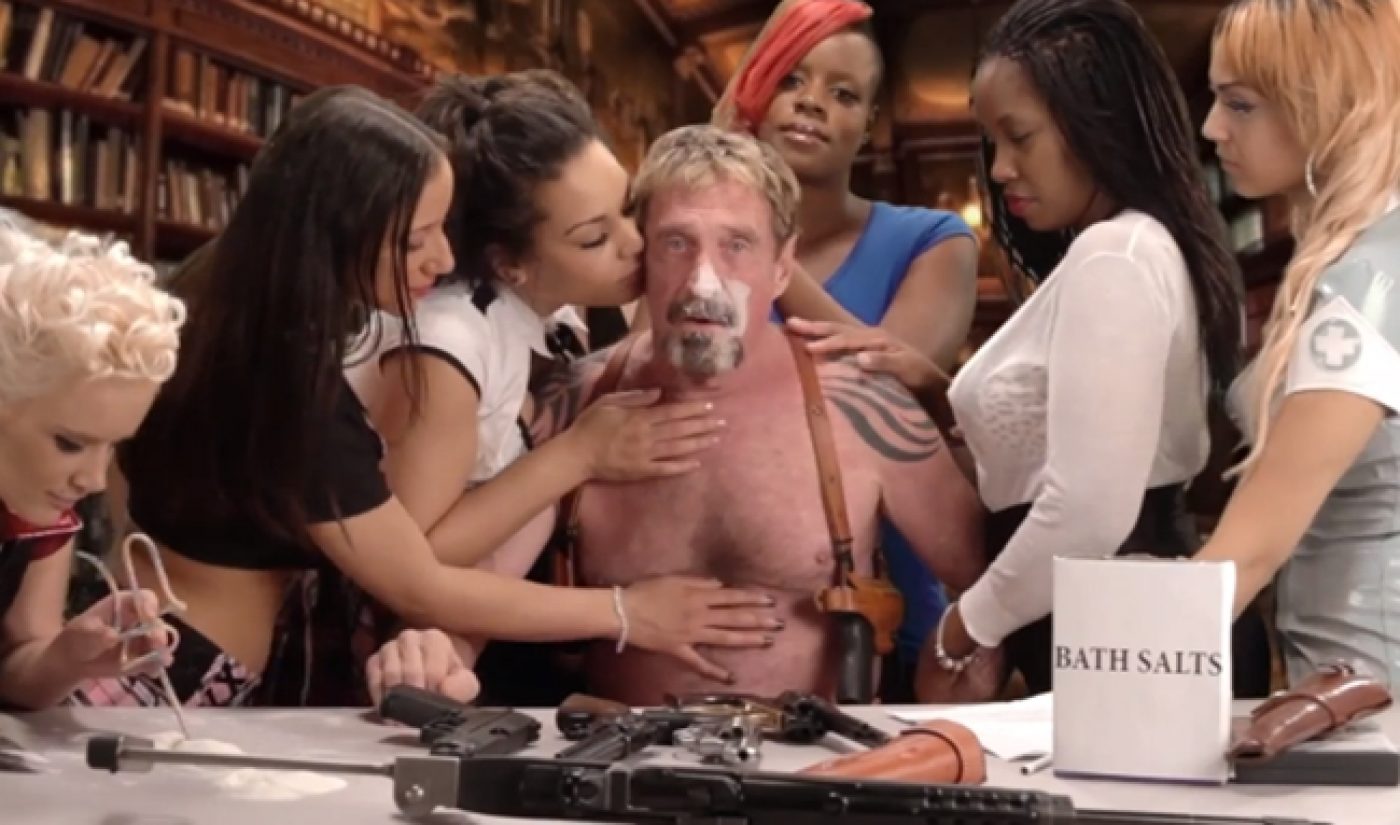 When we last heard from McAfee founder John McAfee, he was on the run from authorities after being sought for questioning in connection with the murder of a fellow expat. McAfee managed to get out of that pickle by escaping to the United States, but he’s not really the type to lay low. McAfee has released an utterly insane video on his YouTube channel where he jokes about how hard it is to uninstall McAfee antivirus software.

In the video, McAfee notes how he hasn’t been a part of McAfee for over 15 years (which makes me wonder why the company doesn’t change its name to remove association with a potentially-murderous kook). Still, he explains, he receives plenty of hate mail every day from disgruntled McAfee users who just want to uninstall the oft-criticized program. McAfee then reveals the un-installation process, which apparently involves grinding with a lot of girls, getting shirtless, and doing lines of coke and bath salts. Funny, that’s not what McAfee tech support told me to do.

Add McAfee to the growing list of aging, weirdo celebrities who are using YouTube as a platform for whatever craziness crosses their minds. McAfee’s video is particular psychotic, since it involves him firing guns at his computer. This is an interesting choice, since, as we just mentioned, he is not allowed in two Central American countries on suspicion of his being a big ol’ gun-toting murderer. Creating a video like this one is not a great idea. On the other hand, I would really like him to post some more.