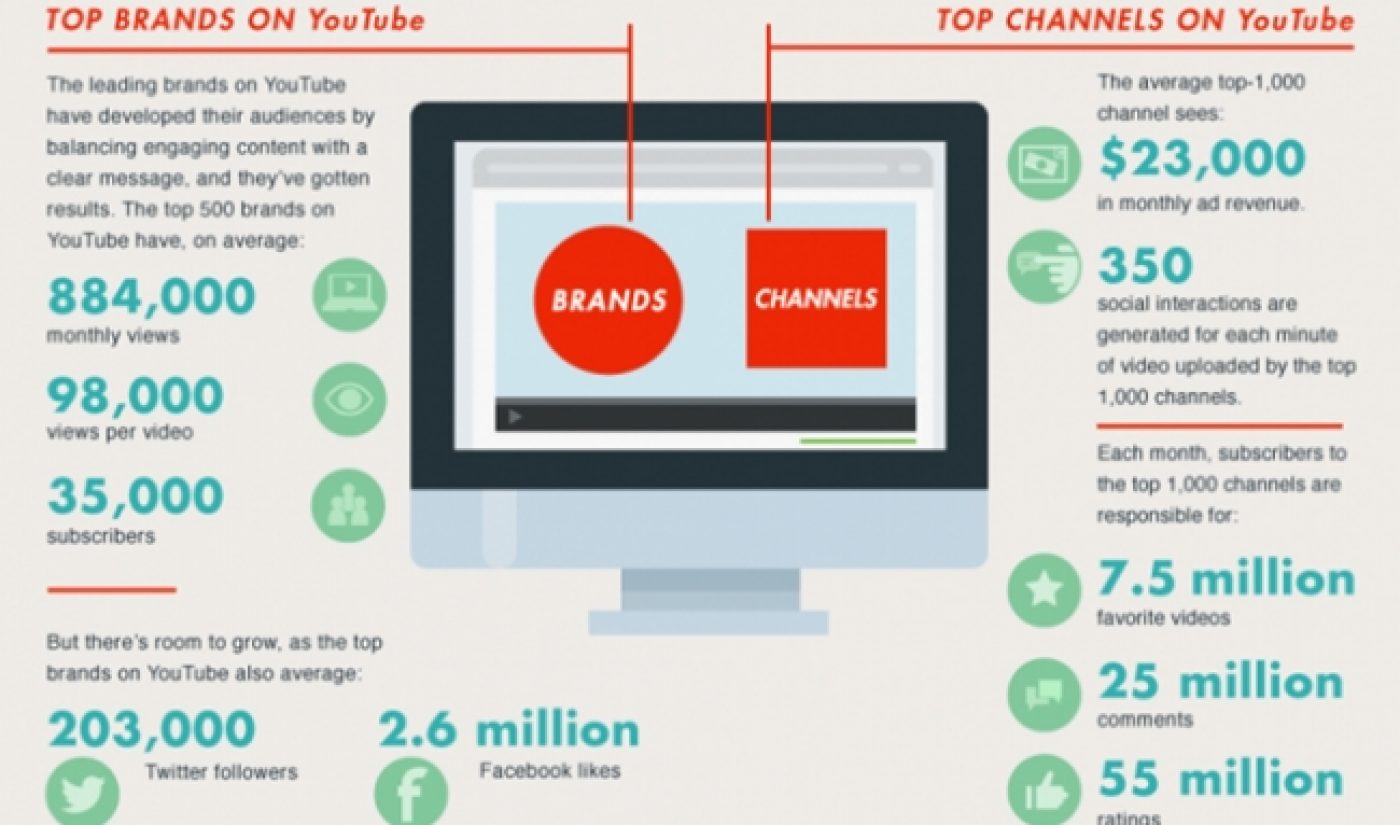 An infographic from advertising agency MDG has broken down some important stats about revenue, reach, and branded content on YouTube. Among other facts, the graphic reveals that the average top 1000 YouTube channel makes $23,000 a month in ad revenue.

Whether or not that number seems like a lot to you, it’s an indicator that there is at least some money to be made on YouTube. The infographic also reveals that individual creators have far exceeded the five-digit average. The billion-plus views generated by ‘Gangnam Style‘ in 2012 led to $870,000 in ad revenue, and the 650 million+ views the song has received since surpassing a billion have no doubt increased that total significantly.

The full infographic provides a wide range of stats (many plucked from a recent Comscore report) about YouTube’s growing popularity. More than 91% of Internet users check YouTube once a month, establishing it as a clear go-to in the online video industry.

MDG’s graphic is obviously aimed at brands, as it discusses the oft-praised YouTube efforts of Old Spice as an example of how a huge viral presence on YouTube can cause increased social media engagement across all social media platforms. Interestingly enough, the use of Old Spice as an exemplary brand offers a counterpoint to ZEFR’s recent infographic, which stated that user-generated content has a much greater brand potential that official branded videos.

Even if you side with ZEFR over MDG in the Great Infographic War Of June 2013, one thing is certain: Getting paid $23,000 a month to make a few videos each week is a pretty sweet deal.