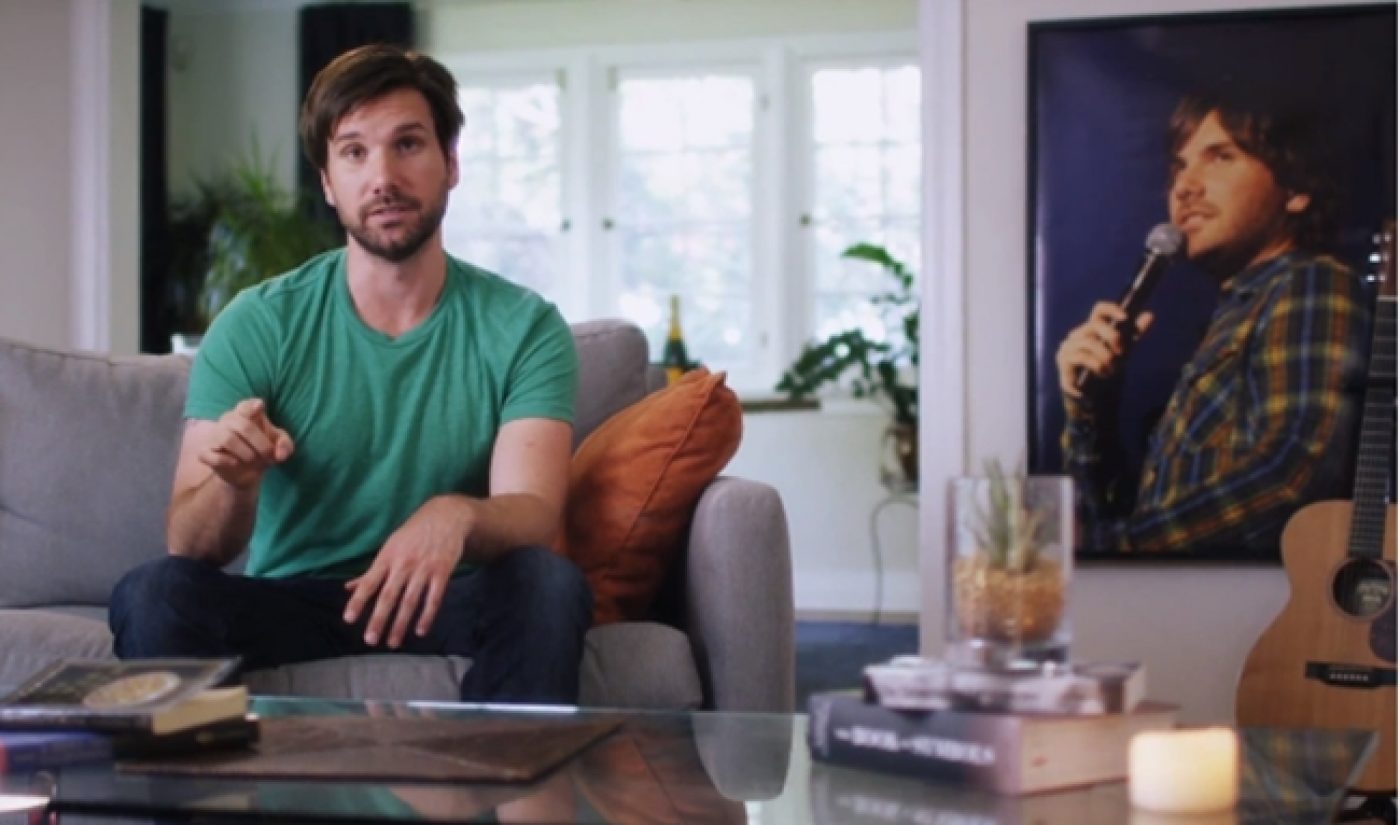 After serving as a lightning rod for controversy during its month of activity, Zach Braff‘s Kickstarter campaign has topped out at $3.1 million, reaching its goal and then some. Though the Wise I Was Here fundraising drive may have ended, criticism of it has not ceased. Most recently, comedian Jon Lajoie has released a satirical pitch video mocking Braff.

Lajoie’s video purports to launch a Kickstarter campaign with no goal beyond making the League star (best known on the Internet for the ridiculous ‘Show Me Your Genitals‘ video) as wealthy as he can possibly be. “By you simply handing over your hard-earned money to me,” says Lajoie in the video, “I can become super rich without all the added pressure of doing something.” An attached link leads to a fake Kickstarter page where Lajoie already claims to have raised $10 billion.

Whether you think Braff’s campaign was a great way to bring awareness to little-noticed projects or a perfect example of celebrity vanity, one thing is certain: It was a huge success. Wish I Was Here ended up behind only Veronica Mars on Kickstarter’s list of the most funded film/video projects. The third place project, for Freddiew’s Video Game High School, would’ve had to raise almost 300% more money to equal Braff’s total, even though that campiagn was by far the most lucrative film/video Kickstarter when it reached its final total back in February.

When it was launched, the Wish I Was Here campaign seemed sure to usher in a new era of high-profile Kickstarters. Now, given the heavy criticism, it seems as if those two projects will be at the top of the Kickstarter film/video leaderboard for a long time. And, of course, Lajoie’s $10 billion goliath trumps them both, because it’s totally real.