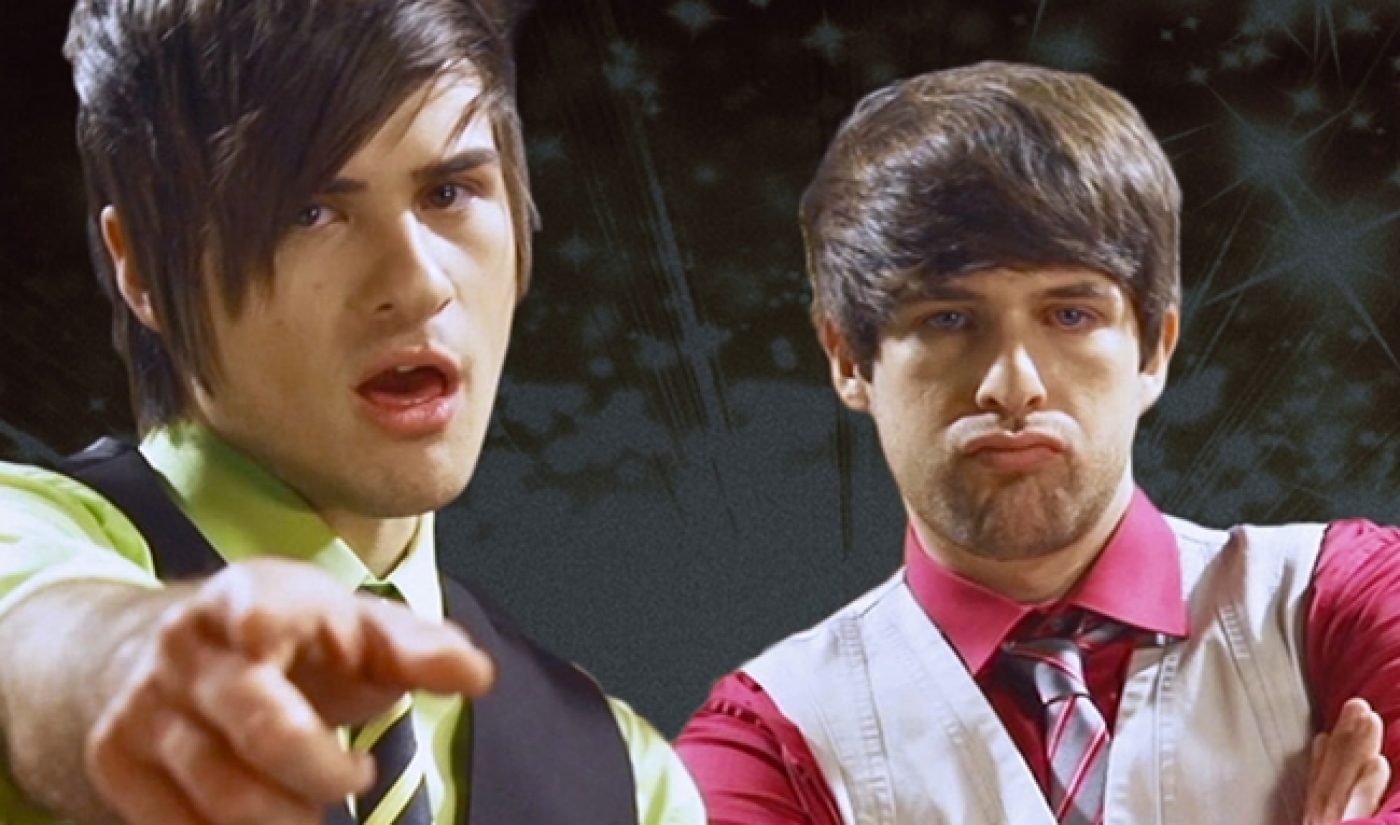 A major milestone has been surpassed. Smosh, the YouTube brainchild of Ian Hecox and Anthony Padilla, has become the first channel to collect more than ten million subscribers.

In January, Smosh passed Ray William Johnson to become to most subscribed channel on YouTube. Since then, it has continued its ascent, becoming the first YouTube channel to reach seven, eight, and nine million subscribers. That it also became the first to eight digits is as inevitable as it is impressive.

Though the duo have not yet released a celebratory video, they have released their entry to YouTube Comedy Week, titled ‘Dixon Cider’.

The most remarkable part of Smosh’s run is how quickly its subscriber count has increased. In April 2012, Smosh had 4.5 million subscribers, which means it has picked up more subs in the past year than in the previous six-and-a-half combined. At that rate, Smosh will have 20 million subscribers two months from now. Yes, that’s silly math, but the point is clear: The channel is growing at an incredible clip. As we’ve previously noted, the inception of Smosh Games has a lot to do with the main channel’s acceleration.

One more fun fact: When Smosh passed Ray William Johnson, it had 6.78 million subscribers. It’s only been four months since then, but eight other channels have now surpassed that number as well. It seems as if Smosh isn’t the only channel gaining fans. Instead, the rising tide of YouTube’s increased focus on the ‘subscribe’ button is clearly raising all boats.