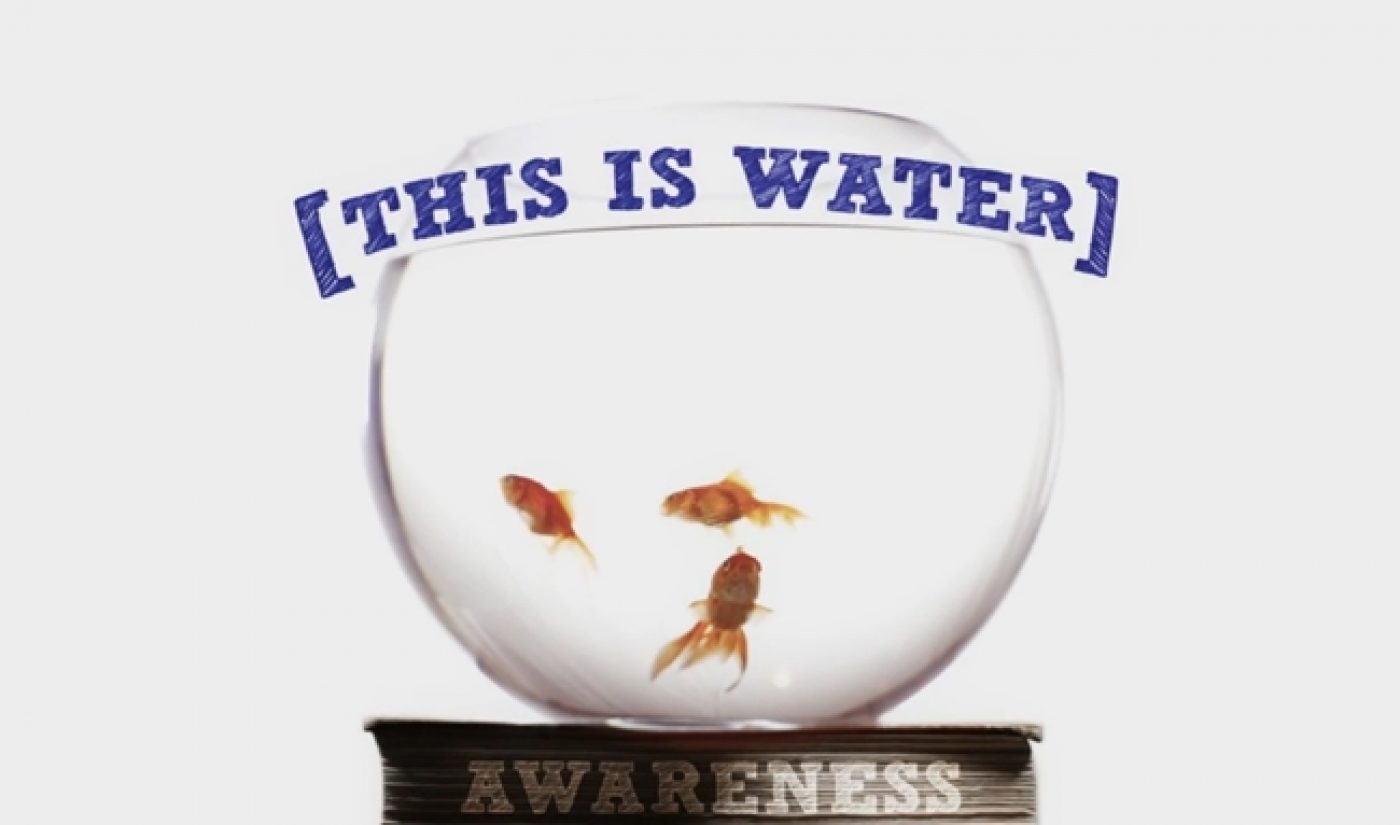 If you haven’t read or listened to David Foster Wallace‘s commencement address to the 2006 graduating class of Kenyon College, usually referred to as ‘This is Water’, I’d recommend getting right on it. The speech, which runs for about 23 minutes, is a frank, honest meditation on the frustration of daily life and the importance of perspective as explained from Wallace’s eloquent, detail-oriented, darkly humorous point-of-view.

Luckily, if you’re the kind of person who absolutely needs flashy moving images to stimulate yourself, director Matthew Freidell has you covered. Freidell, who works for a “fine purveyor of stimulating videograms” called The Glossary, has released a nine minute video version of ‘This is Water’, matching up an abridged version of Wallace’s speech with a fast-paced collection of narrative scenes.

In ‘This is Water’, Freidell pulls out every trick in the artsy video handbook: there’s plenty of kinetic typography, time lapse photography, and fast cutting. All it’s missing is some stop motion. The result is undeniably cool and adds another layer to Wallace’s speech. One of the best things about ‘This is Water’ is that, while it is less than half the length of the original speech, it retains all of the juicy parts and is able to get the message across.

Big ups to Freidell for also including plenty of kinetic footnotes, a clear homage to Wallace’s unique writing style. ‘This is Water’ is a loving tribute to a departed literary voice as much as it is a cool video with flashy effects. I’m glad to see that more than a million people have viewed it; it warrants all the attention it gets.