Rhett And Link Get ‘Mythical’ In New YouTube Variety Show 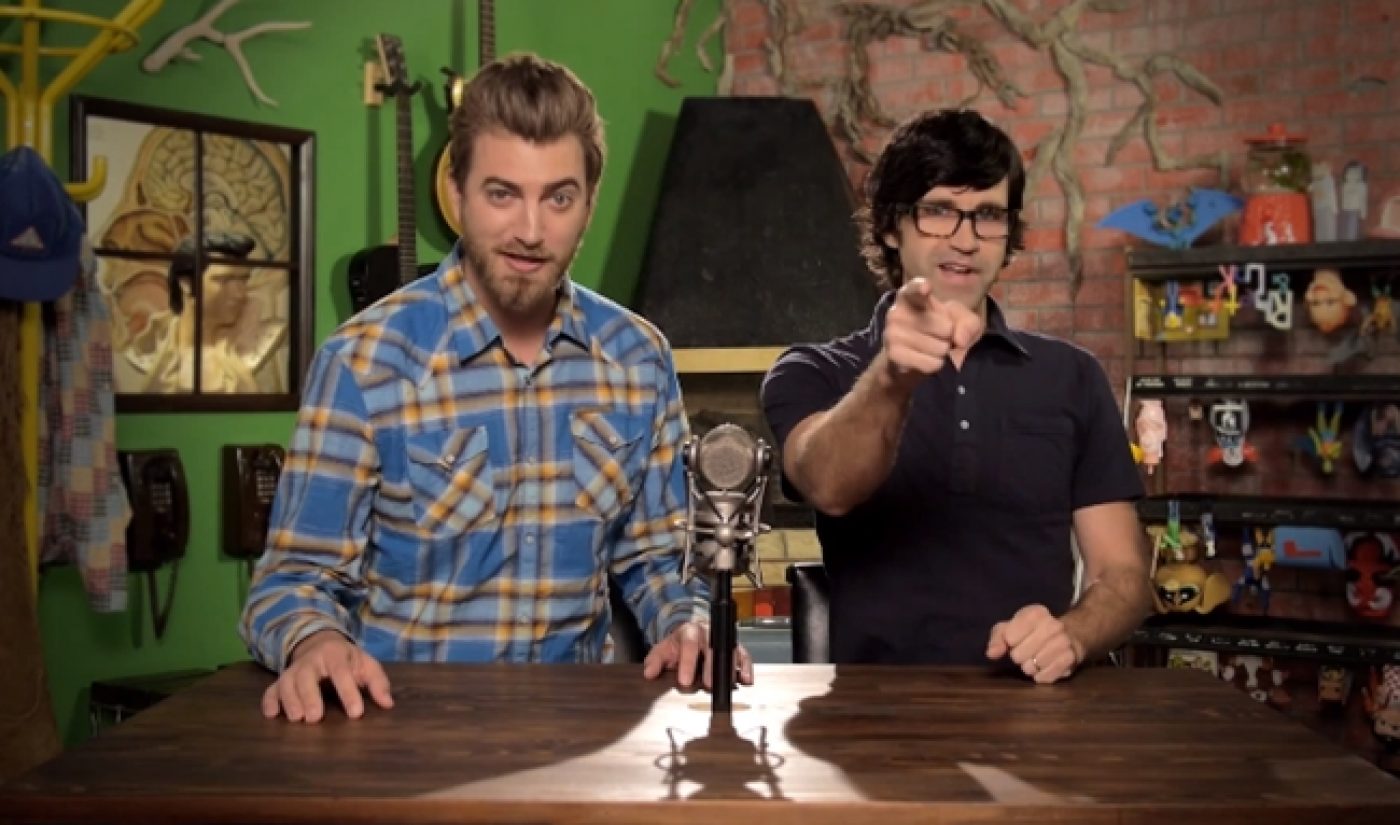 Rhett and Link are moving beyond funny songs and cheesy commercials. The YouTube comedy duo has launched The Mythical Show, a half hour YouTube variety show with a wide array of content and a few special guests.

The Mythical Show is hosted on the duo’s secondary channel and features a variety of different segments. Sure enough, the making of a local TV commercial is included, as is a song about uncomfortable moments. There are also a few comedy sketches, including one where Toby Turner dons a fake nose and plays an ‘ear troll’ in search of wax. He’s almost unrecognizable until he opens his mouth.

Also included in the 29 minute show is Talkward, a game show segment featuring The Fine Bros, where one person must get his teammate to guess a clue while his voice is fed back into his ear via headphones. The two points of note from that part of the show: Link has a hilarious amount of trouble talking in that particular format, and Benny Fine does not eat a lot of pecans.

As several commenters have noted, The Mythical Show feels like it could be on TV. Rhett and Link are great entertainers, the featured commercial (starring an idiosyncratic car mechanic named Goorgen) is quite funny, and there should be a nice rotation of special guests to keep things fresh. The Mythical Show went straight into my subscriptions list, and if you’re interested in long-form content on YouTube, you would be wise to do the same.