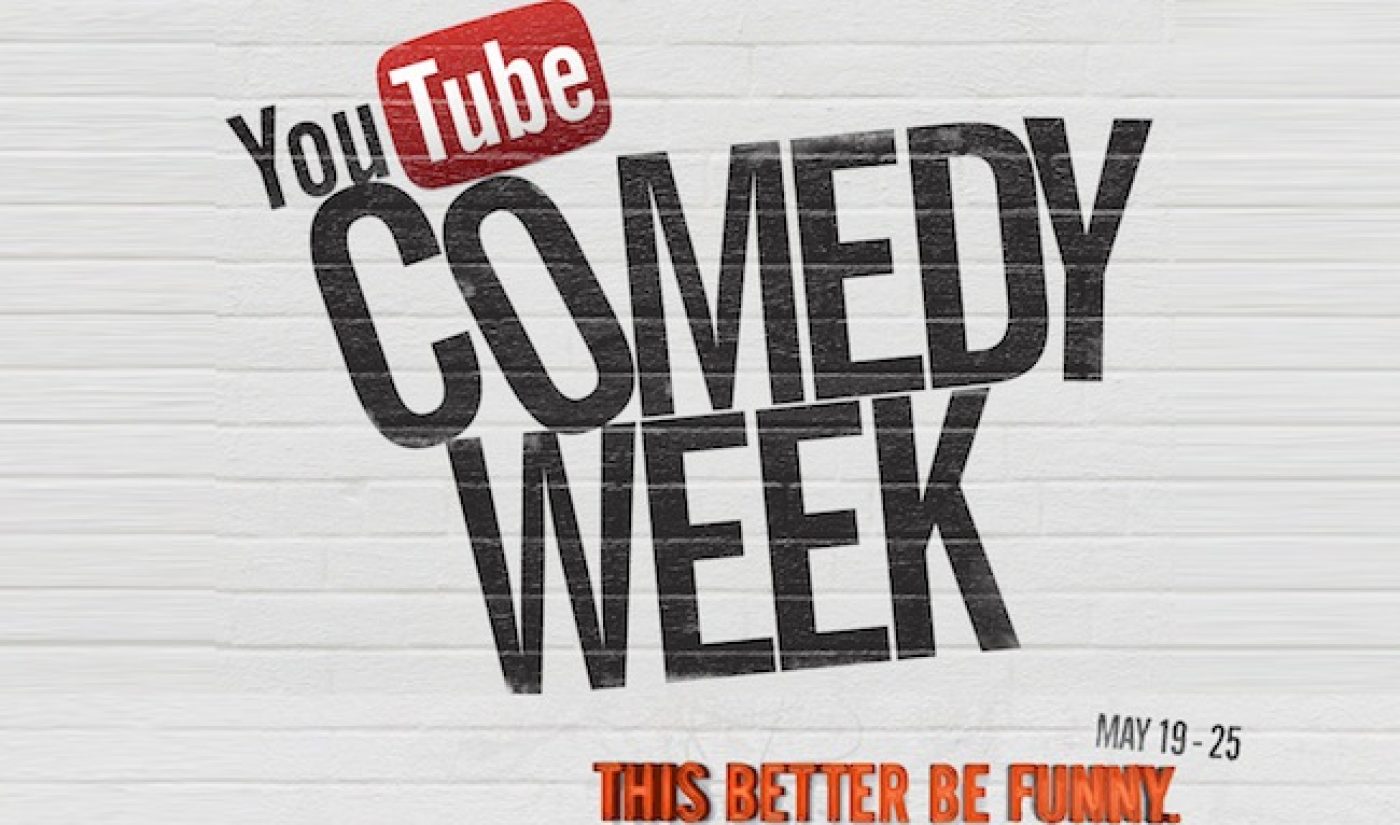 YouTube is planning a massive, multimillion dollar, comedy week festival-of-sorts featuring famous online video personalities and household Hollywood names with a presence on the platform performing and sharing their online video creations at a number of venues in the Greater Los Angeles area.

Stephanie Carrie at the LA Weekly tipped readers off to the event last month, but today YouTube made it official. The first-ever YouTube Comedy Week will take place May 19 through May 25, with a packed billing comprised of live events, video premieres, and collaborations from some of the funniest people with at least one foot in the online video world.

Produced in conjunction with Daniel Kellison (who co-founded Jackhole Productions with Jimmy Kimmel and Adam Carolla and is one of the leading forces behind the new YouTube comedy supergroup / multi-channel network JASH), the week will kick off with a livestream on Sunday, May 19 at 5PM PT / 8PM ET featuring comedians doing a “mix of stand-up, sketches and musical performances.” The following several days will then include “live performances, new episodes from popular YouTube comedy channels, curated top ten lists from comedy stars and more.”

Here’s a laundry list of some of the talent to expect:

“YouTube is the home of comedy for the next generation,” says YouTube’s VP of Marketing, Danielle Tiedt. “If you like to laugh, come join us during Comedy Week as we celebrate the best of comedy with sketches, pranks, stand-up routines, sit-down routines, parodies, blunders, fails, live shows and unexpected collaborations in a way that only YouTube can.”

Tune into YouTube.com/comedyweek beginning May 19 to catch all the laughs.