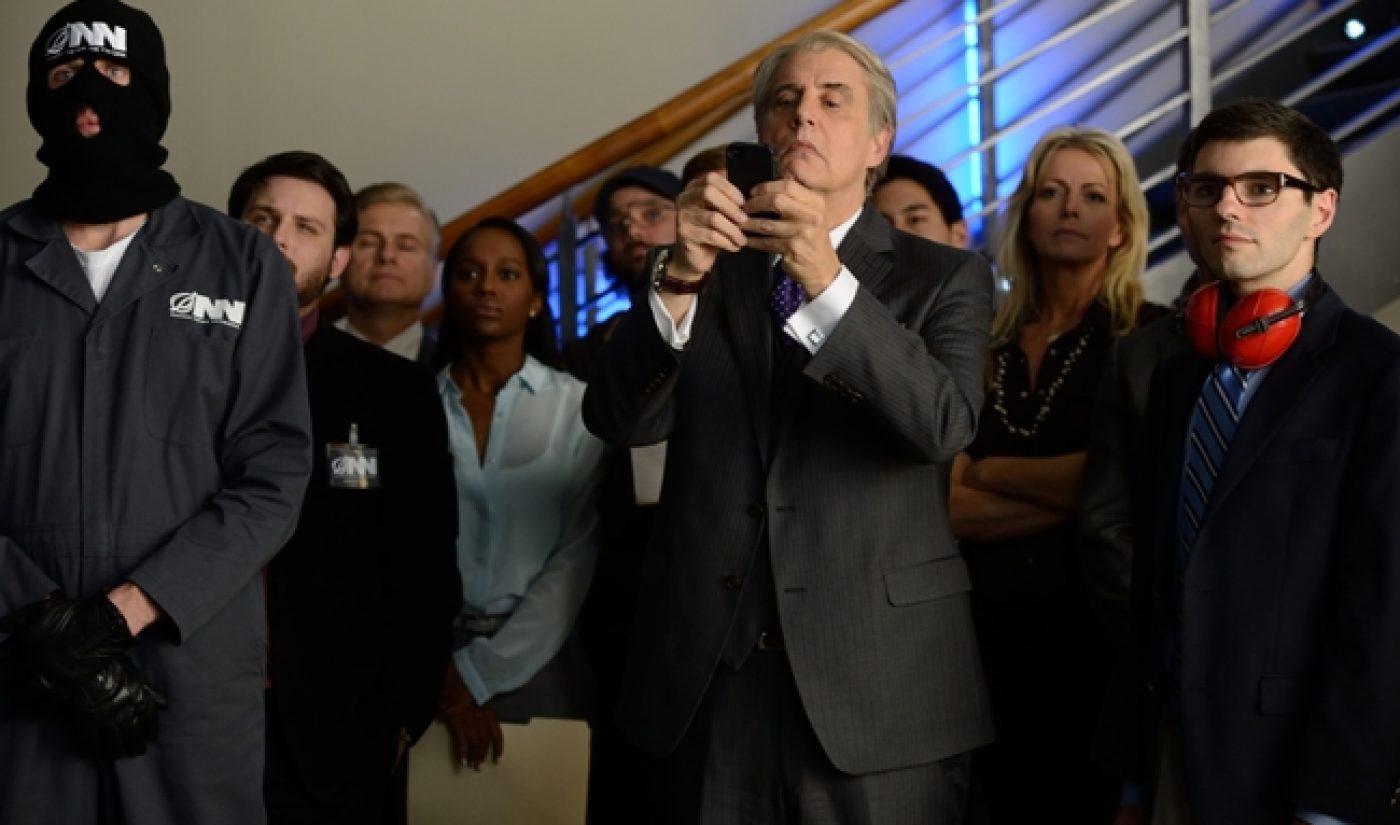 The Onion‘s online presence has slowly crept outward from a home website to a plentiful YouTube channel to a consistently hilarious Yahoo mockmentary to, most recently, an Amazon pilot. Amazon Video is the home of Onion News Empire, a sitcom that skewers every aspect of our biased, shallow, sensationalist news media.

The show takes place in the newsroom of Onion News Network, making it a fake show about a fake show. It blends The Onion’s consistently clever fake headlines with some smart, Colbert-esque satire of the modern news reporting process. The first episode can be viewed for free by Amazon Prime customers, and the trailer is available for free on The Onion’s YouTube channel.

The Onion has never been big on star power, with most of its articles lacking bylines. Onion News Empire, on the other hand, boasts an impressive cast, including Jeffrey Tambor as an relentlessly cutthroat anchor, Cheyenne Jackson as his illiterate airhead rival, and Malcolm in the Middle‘s Christopher Masterson as one of the two leads, a cub reporter who is prevented from telling the truth as it would negatively affect the Onion News Network‘s sponsor. His fellow lead is Emily Owens, M.D.‘s Aja Naomi King, who plays the underpaid, overworked, and secretly brilliant production assistant.

Onion News Empire is part of Amazon’s pilot competition, where fans will determine if it gets made into a full series. Honestly, I feel bad for the other entrants. It’s really not fair that The Onion gets so many good comedy writers all to itself. Onion News Empire has the potential to be a game changer for Amazon, and it ensures that Jeffrey Tambor characters will rule the premium online video landscape for the next few months.