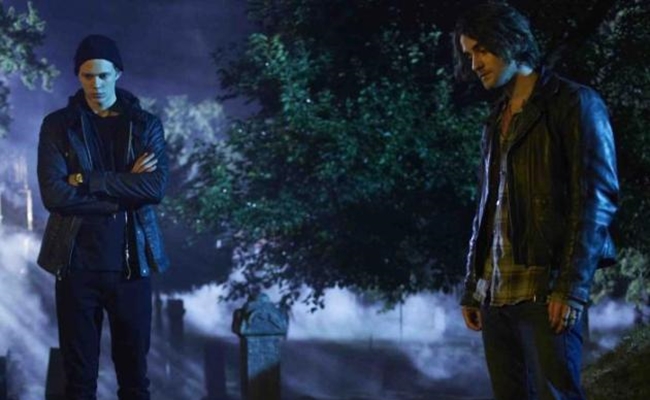 House of Cards proved Netflix is capable of providing original content capable of exceeding its premium web content competitors and rivaling cable TV. To follow up that step forward, Netflix has released Hemlock Grove, a horror series that counts Hostel director Eli Roth among its creators.

Hemlock Grove is based off a book by Brian McGreevy, and McGreevy is also the main mind behind the Netflix series. For the pilot, however, he hands the reins to Roth, who gives viewers a taste of his gory ‘Splat Pack’ thrills before the opening credits. Of course, his style is also highly campy; I’d expect nothing less from the man who once directed this scene.

Check out the first episode of Hemlock Grove by watching it on Netflix.

So does Hemlock Grove live up to the quality of previous Netflix originals? Not in the eyes of critics. The series has been almost universally panned, with reviews deciding it’s campy, stilted, low-rent, and disjointed. In my mind, it is the ultimate of those criticisms that is most valid. Horror films and shows are always going to have a certain amount of cheesiness, and some of the best entries to the genre in recent memory have embraced that notion. But Hemlock Grove can’t decide what it wants to be; it’s part horror story, part supernatural thriller, part mystery, and part teen coming-of-age story. Unfortunately, it’s not enough of any of them.

If House of Cards is a fine Italian suit, then Hemlock Grove is a ratty t-shirt; it’s of obviously low quality, but some people will find it more comfortable and inviting. If you can forgive its somewhat-intentional low quality and probably-less-intentional inconsistency, you may get a rush from its genre thrills. For most viewers, however, Hemlock Grove will be forgotten once that other upcoming Netflix series captures our attention next month.