Steve Buscemi Is ‘Unstaged’ With Vampire Weekend On YouTube 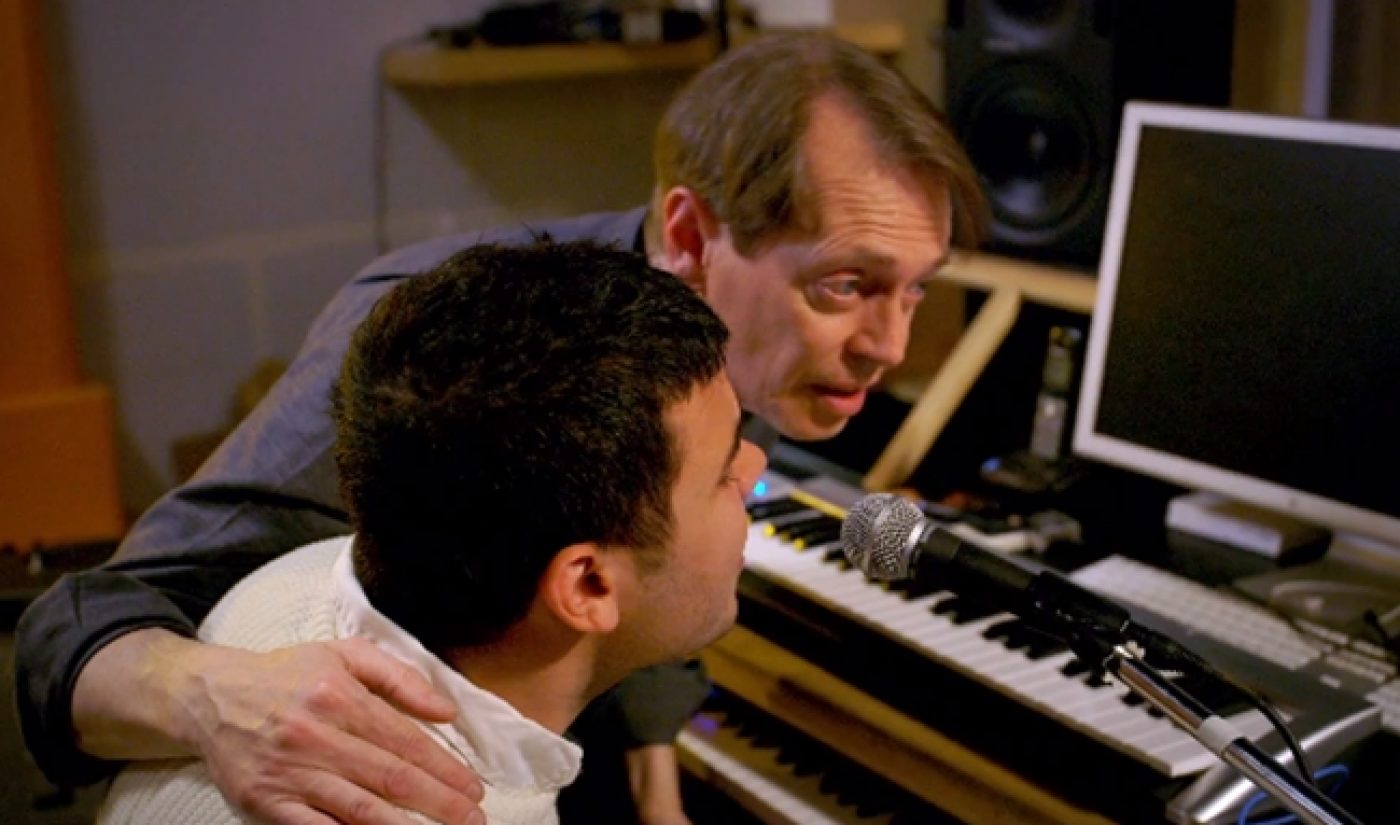 New York-based indie rockers Vampire Weekend will close out the Tribeca Film Festival with a concert on April 28th, and Steve Buscemi is stepping in to direct a stream of it. The actor is the latest celebrity to get paired with a band on American Express and VEVO‘s Unstaged, which premiered its new season with a mockumentary-style episode.

“When I mention Vampire Holiday to people, I get blank looks,” Buscemi tells the band in a clip from the show. “You know what I mean?” Vampire Weekend’s response, is, of course, blank looks. So I guess they don’t know what you mean. Sorry Steve. As much fun as it would be if the actor’s awkward exchanges with the band were genuine, Unstaged is pretty clearly scripted. There’s only so much cringe comedy that can occur naturally.

Unstaged now lives on a newly minted American Express Music channel. Previous seasons have included streams of concerts from bands like Jack White and Arcade Fire, and each group is paired with a celebrity director. The best part of the series is the way in which each director’s style shines through. Anton Corbijn’s effort with Coldplay was sufficiently artsy, David Lynch’s work with Duran Duran was dark and edgy, and this time around Buscemi turns in an awkwardly funny episode.

Vampire Weekend will take the stage at 9 PM EST on April 28th, and a live stream of the concert directed by Buscemi will be available on YouTube at that time. Several other pairings will take the spotlight as part of Unstaged; which ones would you like to see? In my mind, the world is ready for a Wes Anderson/Macklemore pairing.