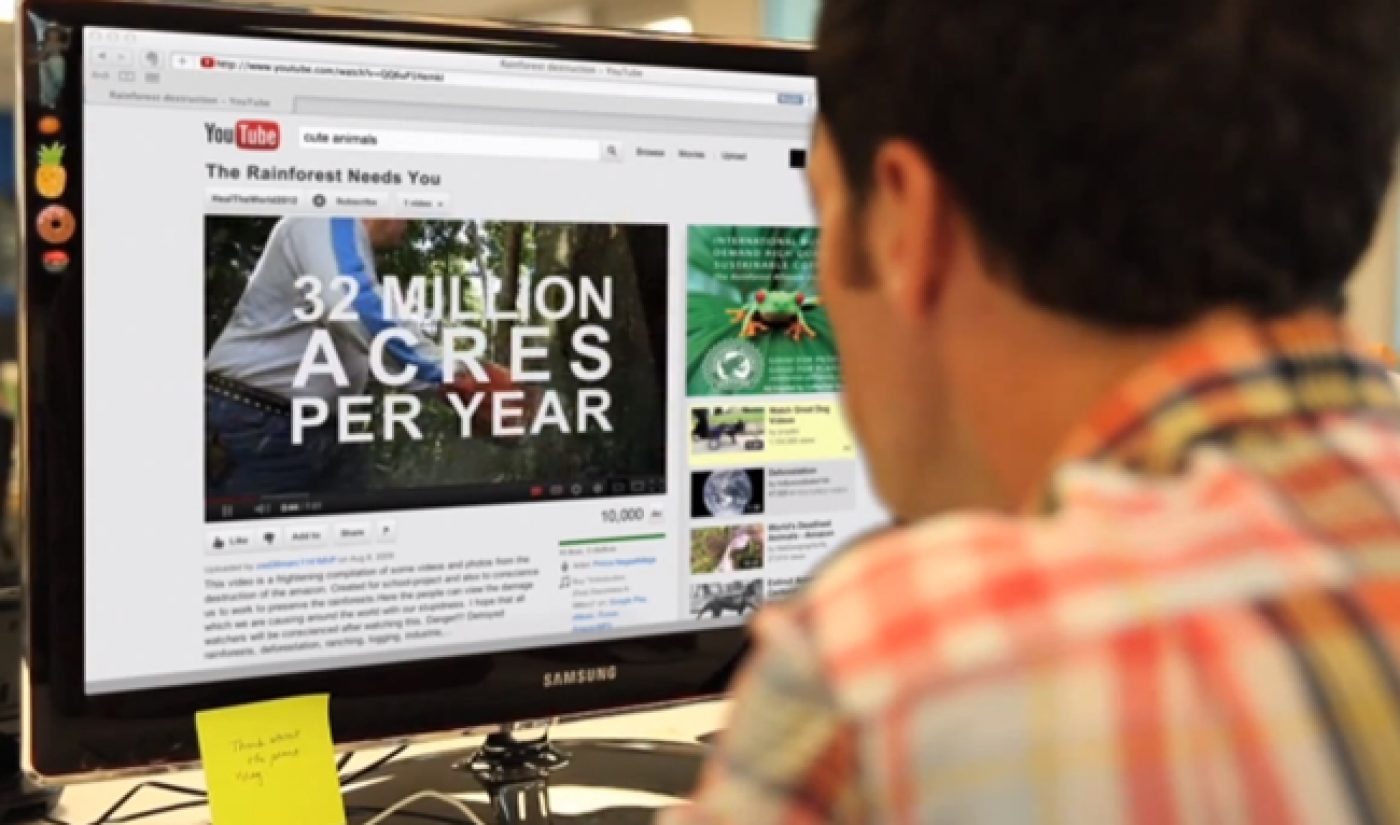 Among all of the terrible detritus floating around on YouTube, a few videos are proving the site can be a force for good. YouTube has announced the winners of the fourth annual DoGooder Awards, which strive to find the best videos on the site related to social action, not-for-profit organizations, and general goodness.

YouTube, along with partners See3 Communications and Nonprofit Technology Network (NTEN), chose winners in four categories. The most notable winner was ‘Follow the Frog’, the Rainforest Alliance‘s clever campaign for environmental awareness, which took home the grand prize in the Best Nonprofit Video category. The ad has had a pretty good year; in addition to its win here, TED chose it as an Ad Worth Spreading and it has racked up more than a million views.

END7’s ‘How to Shock a Celebrity’ was the other winner that can claim widespread viewership; it took home the top spot in the ImpactX category, which rewards videos that prove the importance of a particular cause. The other two winners were Pathfinder’s ‘No Joke. Choice Matters Everywhere,’ which won the Funny For Good award, and Raf Bauer’s inspirational ‘350km Message for Women With Ovarian Cancer’, which picked up the Change Agent Award for the most inspiring individual effort within a video. Consider it the Best Actor of the DoGooder awards.

All the winners will receive $3,500 in prizes from the contest’s sponsor, Cisco, along with a place on the YouTube Spotlight and free registration to NTEN’s 2014 Nonprofit Technology Conference. Hopefully these rewards inspire more people to do good on YouTube instead of posting yet another Harlem Shake video.