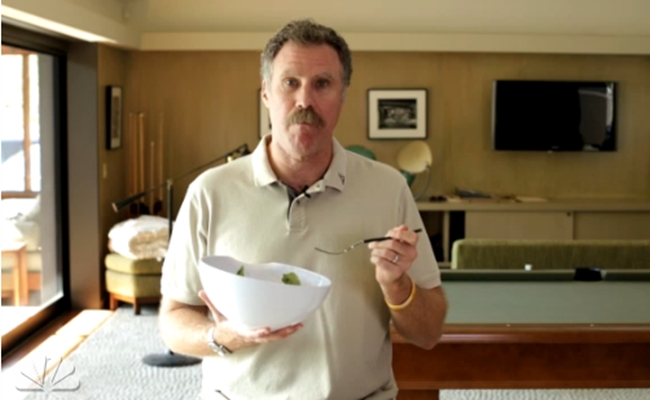 ‘The Office’ Launches Farewell Web Series With Will Ferrell

After nine long, full, often very funny, always cringe-worthy seasons, The Office will come to an end on May 16th. To help send the series off in style, NBC is launching a web companion, produced by the show’s leading man, John Krasinski, where old favorites bid adieu to the Scranton branch of Dunder-Mifflin. In the first episode, Will Ferrell makes an appearance, remarking on his multi-episode appearance on the show as DeAngelo Vickers.

Ferrell, who is no stranger to online video thanks to his work with Funny or Die, remarks on how funny The Office has been during its nine year run, all while eating a salad because he “has to eat every three hours or his trainer gets pissed.” Ferrell runs through some of his favorite DeAngelo Vickers moments while clips from the show buttress his monologue as it goes on.

In total, there will be ten reminiscent webisodes, with the final one hitting NBC.com before next month’s finale. I wonder which past stars will return to bid farewell to the series. Personally, I’m hoping for a little David Koechner, a dash of Rashida Jones, and a whole lot of Michael Scott. After all, the show hasn’t been the same since he left it.

The Office seems like it’s been around forever, and the web companion should be a nice breeze of nostalgia right before it leaves the air. Who can even remember a time when Jim and Pam weren’t together and Andy was still in Stamford? I hope The Office Farewells will be able to jog our memories.