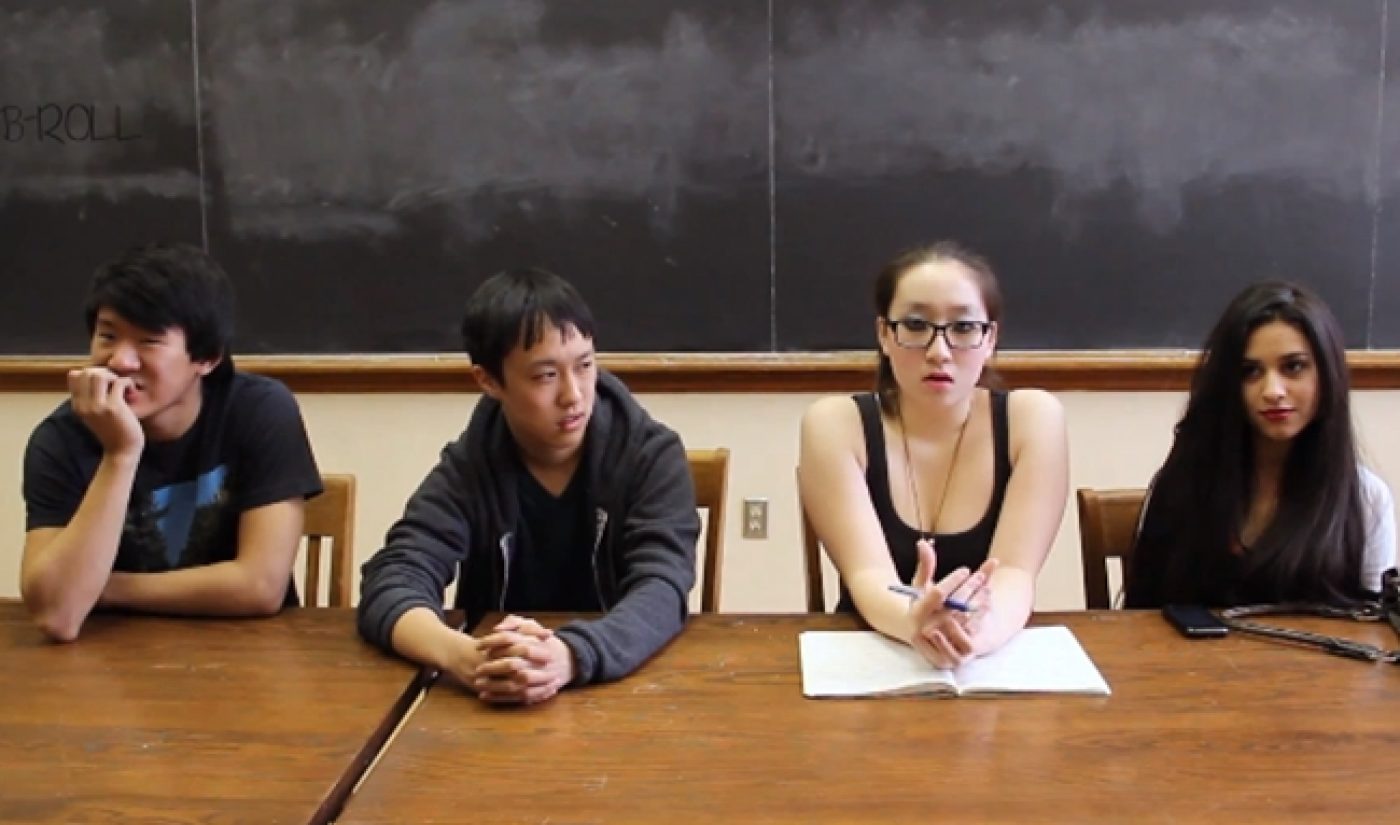 Many web series creators carry a certain air of arrogance. After all, in a medium where one person must wear several creative hats and is guaranteed a few viewers so long as he can achieve a decent amount of distribution, it’s easy to get carried away when evaluating one’s self-worth. The new B-Roll web series mocks these tendencies by introducing us to the most big-headed creators imaginable.

The lead character of B-Roll is Chris, an egocentric, self-absorbed, out-of-touch director who has 48 hours to make a short film so he can enter a contest to win $10,000. To accomplish such a feat, he brings together a collection of self-important crew members. There’s Joanne, who thinks she’s a great producer because she can conduct successful bake sales; Ingrid, who has written “a novel a month for the last three years” and believes her latest screenplay is the greatest thing since sliced bread; James, who figures he’s important because he has a cool title like “Director of Photography”; and Mike, a cameraman with more self-doubt than the rest of the group combined.

The brilliance of B-Roll stems from its apparent real-life origins. Its cast and crew are members of Bulldog Productions, Yale’s undergrad filmmaking society, and the series may just be a dig at the stuffiness that its creators see around campus. Heck, they may even be guilty of some of the traits they are mocking. B-Roll understands the usual flaws of amateur filmmakers, and as with any great comedy, the series does well to enlarge those flaws for maximum entertainment value.