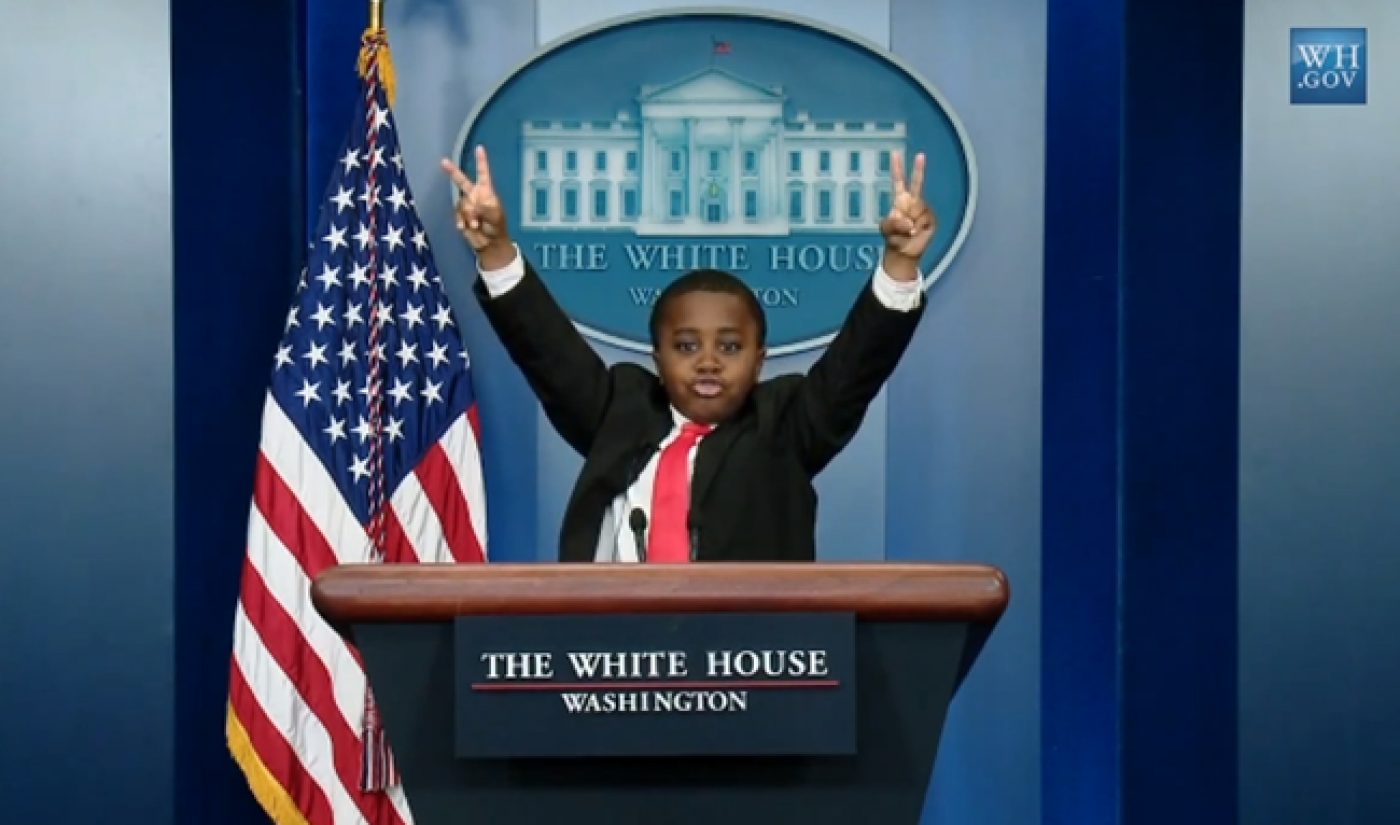 Robbie Novak, also known as Kid President, has been one of the breakout stars of the YouTube Original Channels Initiative. Since his first appearance last October, Novak has racked up millions of views on Rainn Wilson’s Soul Pancake channel, allowing him to storm into our YouTube Original Channel Chart, where he is currently sitting in fourth place. Now, thanks to an April Fools’ Day video, Novak has hit it even bigger, as the White House has officially endorsed him.

The video was posted on the White House‘s YouTube channel, where Kid President appears behind the podium to address our nation, make fart noises, and monkey with any and all buttons in sight. It’s not his most popular video of all time, but it’s definitely his most important; right now, he has to be considered as a serious candidate for 2016.

Now that he’s become certified, who knows where Novak will go next. Maybe he’ll follow Dennis Rodman’s lead and show up in North Korea. Seeing as how Kim Jong-un loves children, Kid President could be the key to world diplomacy.