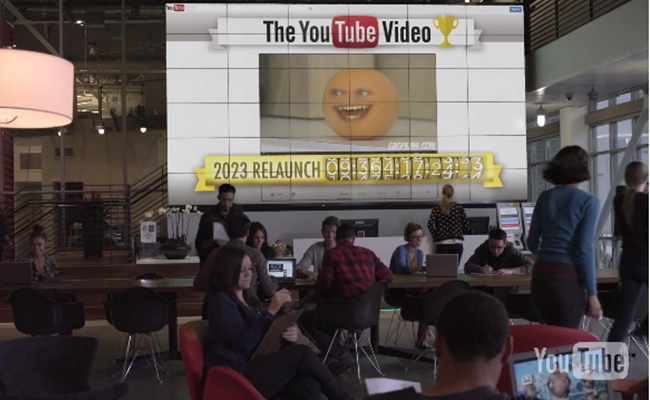 YouTube Searching For Best Video Ever On April Fools’ Day

After eight years, YouTube is finally ready to review all the submissions.

The site has launched a clever April Fools’ Day video reminding viewers that YouTube is just a huge, eight year contest to find the best video on the Internet. Everything posted to the site thus far has been merely a “submission”, and thousands of employees will spend the next ten years reviewing everything on the site in an effort to finally determine the contest winner.

YouTube has complemented the joke with an explanatory video, which features guest appearances from a few excited submitters, including iJustine, KassemG, and Rafi Fine. To add to the fun, YouTube dredged up a few familiar faces from viral videos, including auto-tuned rapist hunter Antoine Dodson, adorable British boys Harry and Charlie Davies-Carr, and zonked out dental patient David Devore, Jr., who apparently did not need oral surgery at all and underwent the procedure solely to up his chances of winning the YouTube contest.

YouTube will begin to announce the nominees for Best Video at noon EST, when they will begin a live stream to continue the elaborate hoax. Featured videos remain to be seen, but if there’s not a place for ‘I can’t believe you’ve done this’ among the nominees, then the whole sham is, um, an ever bigger sham.

It’s one of the best April Fools’ jokes in YouTube’s history, and it’s certainly way more creative and involved than simply Rickrolling everyone. Good luck to all the “nominees”. May the best video win the much-desired prize of $500 dollars and a clip-on MP3 player.