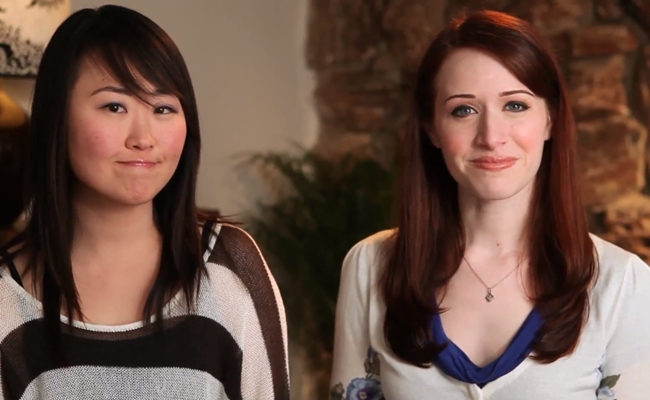 Lizzie Bennet Thanks Her Fans In Final Vlog

The other installments in our Lizzie Bennet Week have led up to this. The fictional vlogger has released her final update, thanking her fans for tuning in to all 100 episodes.

The content of the vlog is very lovey-dovey, with Lizzie sharing tender moments with both Charlotte and her little sister Lydia. Such an upbeat tone is consistent with the end of Pride and Prejudice, where everyone gets hitched and they all presumably live happily ever after.

As previously mentioned, the end of Lizzie Bennet Diaries is far from the end for Bernie Su and Hank Green‘s practice of adapting classic literature for the web series format. The Welcome to Sanditon companion series will release in May, and a new book will adapted starting sometime this summer. While Emma is the odds-on favorite, I also stand by the other six source material choices I proposed yesterday. A few honorable mention: The Great Gatsby, The Adventures of Tom Sawyer, and, for a change of pace, The Westing Game.

Yes, there will be other literate vlogs to come, but Lizzie Bennet has said her part. LBD is a brilliant success story and a sign of classic literature’s continuing ability to enrapture an audience. For those of you who still haven’t seen the series, now’s your chance; after all, there won’t be anything new from its creators for a while. Here’s the link to episode one. Pop some popcorn, sit back, and get comfortable. Once you’re through with that one, you still have 99 more to go before you’re all caught up.