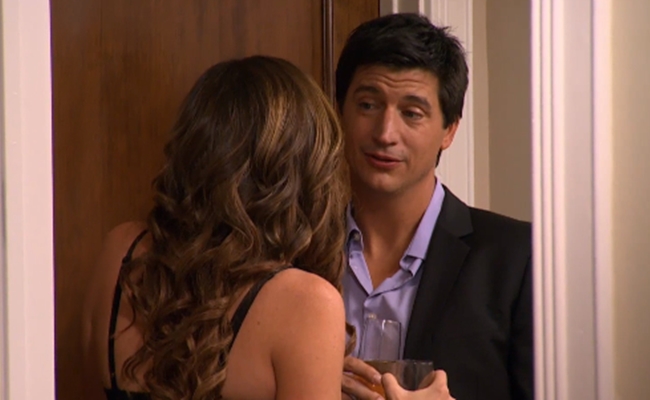 After cleaning up at the Streamys (both in terms of awards and cups of beer), Ken Marino is returning to Yahoo Screen for another round of Burning Love. He will be one of the all-stars featured in the parody series’ third season, which is subtitled Burning Down The House.

The first two seasons served as straightforward parodies of The Bachelor and The Bachelorette, so Burning Love must reach deeper into the bag of reality show gimmicks to find some new ones to mock. This time around, the show will employ an ‘all-star cast’ conceit, bringing back favorite contestants from the first two seasons. Returning cast members will include Michael Ian Black, Rob Huebel, and the stars of the first two seasons, Marino and June Diane Raphael, who will serve as a leading power couple.

“We are excited to release this season of Burning Love at an addictive personality friendly rate,” said Marino.  In ‘Burning Love: Burning Down the House’, your favorite rejects return to the mansion in the hopes of winning the staggering prize of $900 in a hilarious take on ABC’s Bachelor Pad  This season has hookups, backstabbing, romance, candles, champagne, outfits, and more.

Burning Down The House will debut on April 12th, and a new episode will be released every weekday, slightly altering the schedule to facilitate the fan habit of “binge watching”. If you’re one of these bingers, then get pumped. We hope you’re watching the first season on E! and reviewing the second go-round on Yahoo Screen as you await more another season of burning, sweaty, itchy love.