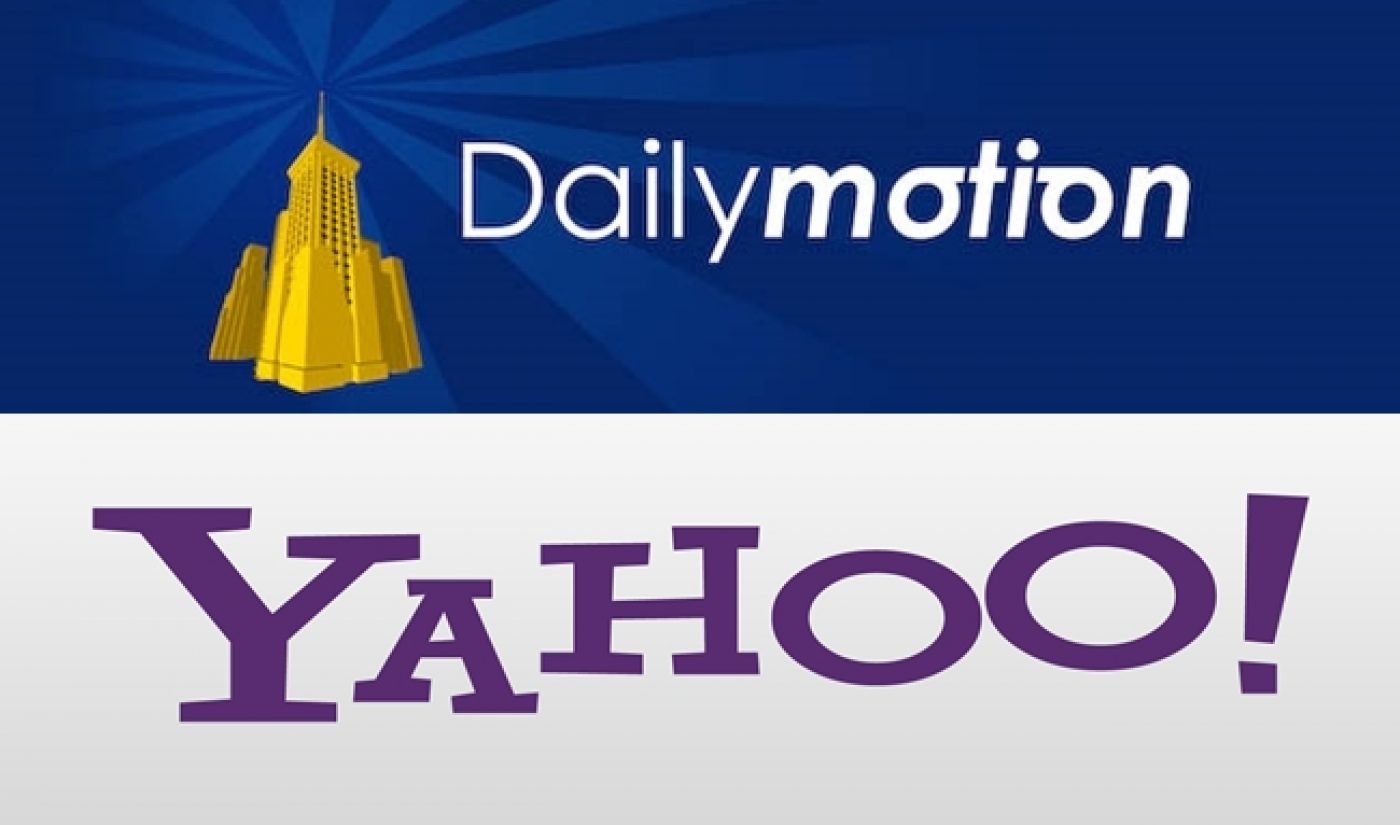 Yahoo is looking to further build its online video presence through the world’s second most popular video sharing platform. The Wall Street Journal is reporting that the Internet corporation is in talks to a majority stake in Dailymotion, the French site that pulls in about 116 million uniques each month.

Yahoo has already struck up a syndication deal with Dailymotion, but the acquisition would take things one step further. Dailymotion is valued at $300 million, and in the initial deal, Yahoo could buy up to 75% of the company. If the deal is successful, the rest of the site could come under Yahoo’s umbrella at a later date.

The deal seems similar to Google’s purchase of YouTube back in 2006; Google already had an online video presence of its own, but YouTube has been a tremendous asset for the company over the past seven and continues to stand at the top of the video sharing leaderboard. According to Comscore, Yahoo currently pulls in more than 43 million monthly unique streams in the US alone, but buying Dailymotion (which is headquartered in Paris) would bring in a large international presence to complement Yahoo’s Anglo-centric base. More importantly, such a deal would greatly increase the number of quality baguettes in Yahoo’s break room.

International awareness is growing among the top online companies, as best evidenced by Google’s European and Japanese expansions to the YouTube Original Channels Initiative. If Yahoo can secure a deal with Dailymotion’s parent company, France Telecom, it can embark on its own quest for world domination while acquiring a second, more visible platform for its own original content. Tres bien!