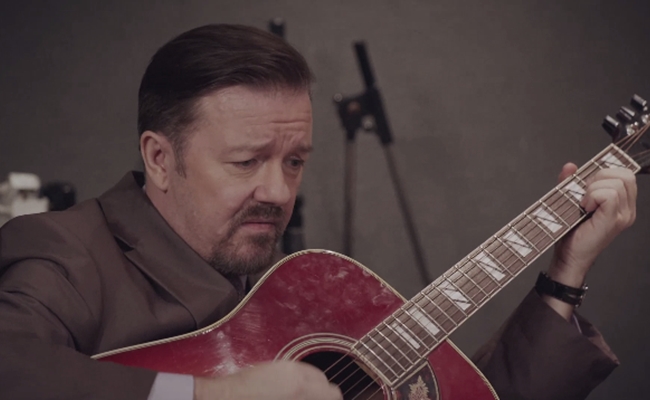 Ricky Gervais, creator and star of the UK version of The Office, is reviving his most famous character on the web screen. As part of a plan to expand his YouTube channel, Gervais will release a feature, Brent’s Back, detailing the current whereabouts of The Office leading man David Brent.

The release of Brent’s Back will ally with the UK’s Comic Relief charity, which runs a telethon every March. We haven’t heard much from the self-absorbed boss since The Office ended back in 2003, but if the recent trailer for Brent’s Back is to be believed, he’s doing just fine, and his guitar playing is just as “talented” as ever.

Beyond Brent, Gervais will also begin to release regular content on his YouTube channel, which is currently home to little more than a few clips from his various shows. Per Deadline, the new content will include “sketches, filmed podcasts & behind the scenes antics and interviews from the forthcoming The Muppets… Again.”

Gervais has noted his reasons for expanding into the online space, and, surprise surprise, one of them is the allure of YouTube money. “Any artist will tell you that they want as many people to see their work with as little interference to that work as possible. To create, get final edit, and be the broadcaster is the ultimate artistic experience,” he explained. “This is why I have partnered with YouTube for original programming. And because of all that money they gave me too, obviously.” God bless him for his honesty.