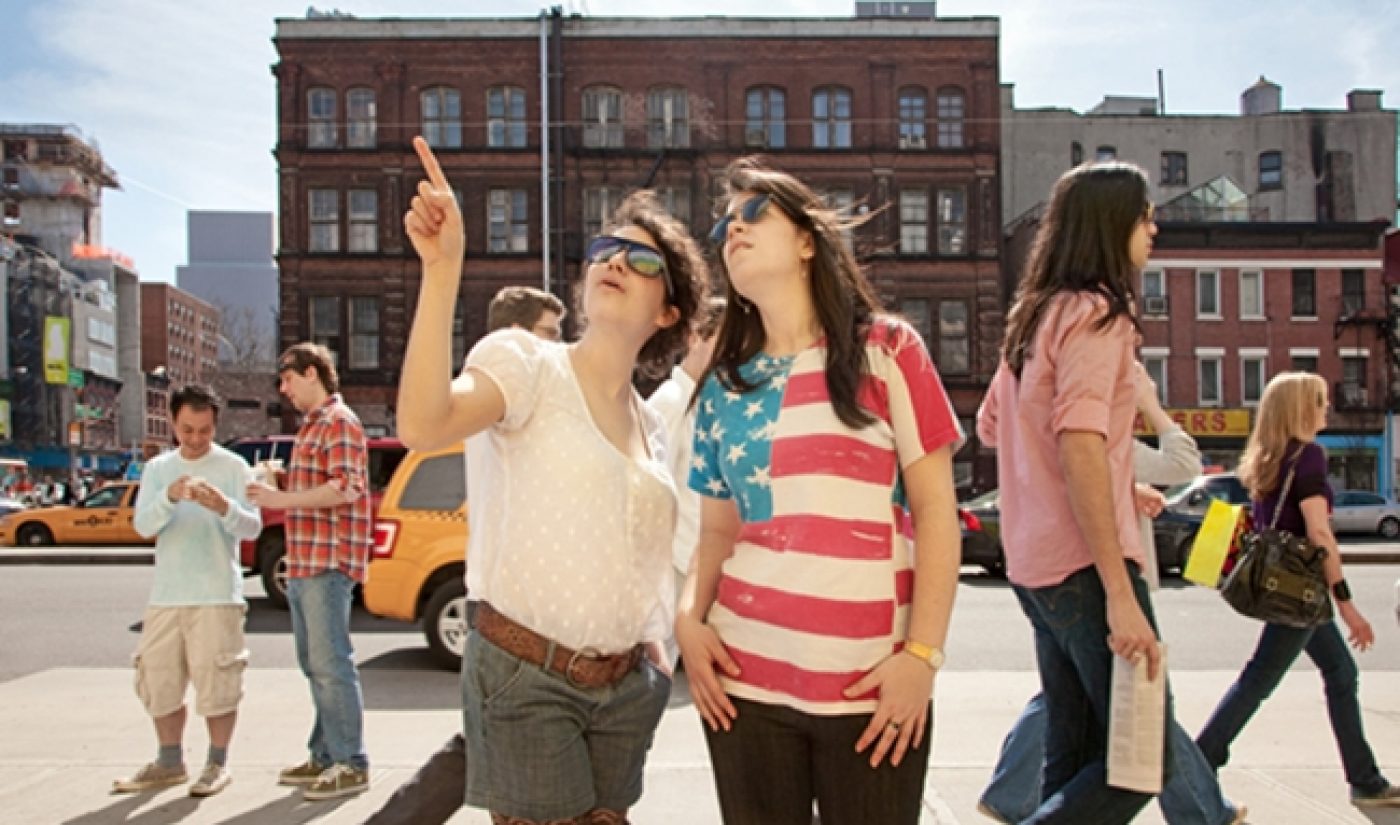 Five months ago, Broad City–featuring comediennes Abbi Jacobson and Ilana Glazer–received a pilot order from Comedy Central, continuing its quest to become a cable TV show. Whatever Jacobson and Glazer created must have been a hit, because Broad City has been given the green light. It will air on Comedy Central for ten episodes sometime in 2014.

The TV series will follow Jacobson and Glazer as they deal with the hectic rush of life in New York City. After debuting on its personal YouTube channel, the show first flirted with FX before coming to Comedy Central. “Finally, there’s a television show set in New York City,” joked Comedy Central President Of Content Development and Original Programming Kent Alterman,  “I’m immensely proud that we have done it first.”

While Alterman is right to mark Broad City‘s setting as a common one, what makes the upcoming show unique is the vivaciousness of its two leads. Jacobson and Glazer are also quite funny, but you don’t have to take my word for it. Fellow Broad City producer Amy Poehler (who has a nice little TV gig of her own) had some kind words to say about her fellow Upright Citizen’s Brigade alums. “I’m excited to work with Comedy Central and introduce Abbi and Ilana to America,” she said. “And all the other countries.  And also Mars.  We’ve got big plans.” If Poehler is to be believed, Broad City won’t just be one of the rare web series to make the jump to TV. Rather, it’s going to be out of this world.