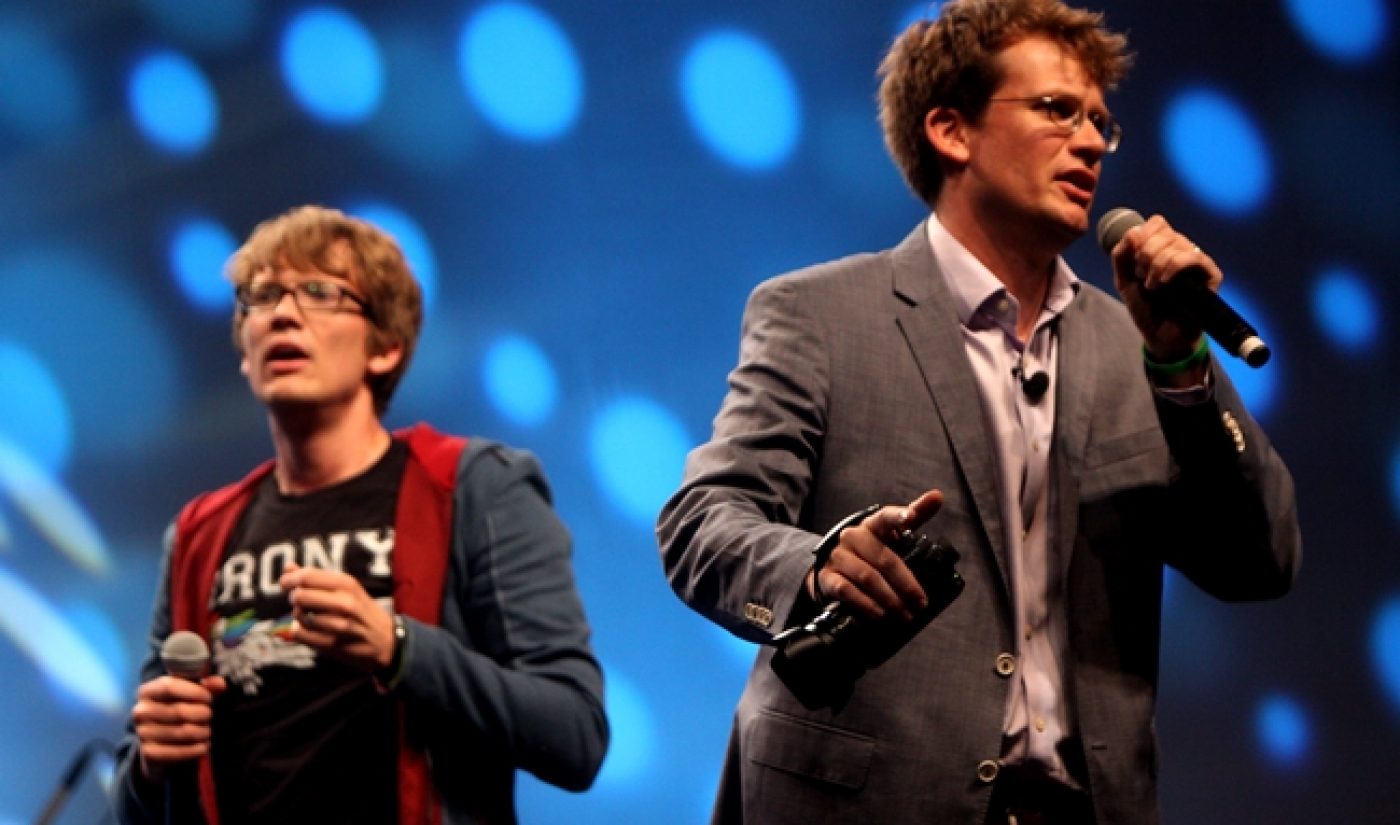 Welcome to YouTube Millions, where we profile channels that have recently crossed the one million subscriber mark. There are channels crossing this threshold every week, and each has a story to tell about YouTube success. Read previous installments of YouTube Millions here.

After more than six years of volleying regular vlogs back and forth, brothers Hank and John Green–better known as the Vlogbrothers–have surpassed one million subscribers. We spoke to Hank (also noted for his executive producing acumen), who gave us his thoughts on vlogging, philanthropy, and educational content.

Tubefilter: How does it feel to crack one million subs?

Hank Green: It’s feels both completely normal and completely impossible. And, of course, we’re extremely grateful have been so lucky.

TF: What do you have to say to your many loyal Nerdfighters?

TF: Vlogbrothers is one of the few channels featuring educational content to reach seven digits. How important do you think it is for people to watch educational videos on the Internet?

HG: Minute Physics and VSauce are both more reliably educational and have more subscribers than Vlogbrothers. I think that educational content, when created specifically for the internet, is actually a really easy way to get views. People are curious, it’s one of our defining traits.

TF: The channel’s success has opened up lots of opportunities for you guys on the Internet. What is your favorite thing that Vlogbrothers’ success has allowed you to accomplish?

HG: We also just hit two million dollars loaned to entrepreneurs in the developing world through the Nerdfighter Kiva.org group, which is arguably a more important milestone than 1 million subscribers. Literally everything I’ve done online in the last six years has been because of Nerdfighteria. Starting a merch company, starting VidCon, creating Crash Course and SciShow (which both, at the moment, are growing faster than Vlogbrothers) and creating the Lizzie Bennet Diaries…none of that would have been possible without such a fantastic community of people supporting us.

TF: Did you celebrate the milestone in any way?

HG: John and I live-tweeted it together…it was not planned, but of course we were both waiting for it to roll over to seven figures. I also made a retrospective screencap video of this history of our channel since 2007 and put it on my second channel.

TF: One of your videos was picked up on the President’s official campaign blog, and John hosted a G+ hangout with him. How does it feel to learn that the President is fond of your work?

HG: I don’t know that the president has time to be fond of anyone’s YouTube videos these days, but the mere fact that he is aware of our existence is pretty dang cool.

TF: What about the vlog format do you guys find most appealing?

HG: Access to video creation has been limited to a tiny number of people both because of cost of technology and distribution since video first existed. Those restrictions have gone away, allowing for entirely new formats and genres to form.

Vlogging is my favorite of those genres because it’s more real than reality television, cheaper to produce, and creates a relationship between the creator and the viewer more quickly. This was why I was so interested in telling a story through a video blog with The Lizzie Bennet Diaries. The vlog is, in my opinion, just getting started.

TF: Any fun plans for the upcoming VidCon 2013?

HG: Of course…but you’re just gonna have to wait.

TF: What projects are on the horizon?

HG: I’m currently obsessed with online video’s effects on education and on new strategies to fund the development of community focused and educational content. So, if I was going to guess where my next project might be…I would guess it would be in one of those two areas.

TF: Do you have any end point in mind for the Vlogbrothers back-and-forth?

HG: There’s certainly no end in sight for Vlogbrothers…I love it, it’s one of the coolest and most important things in my life.