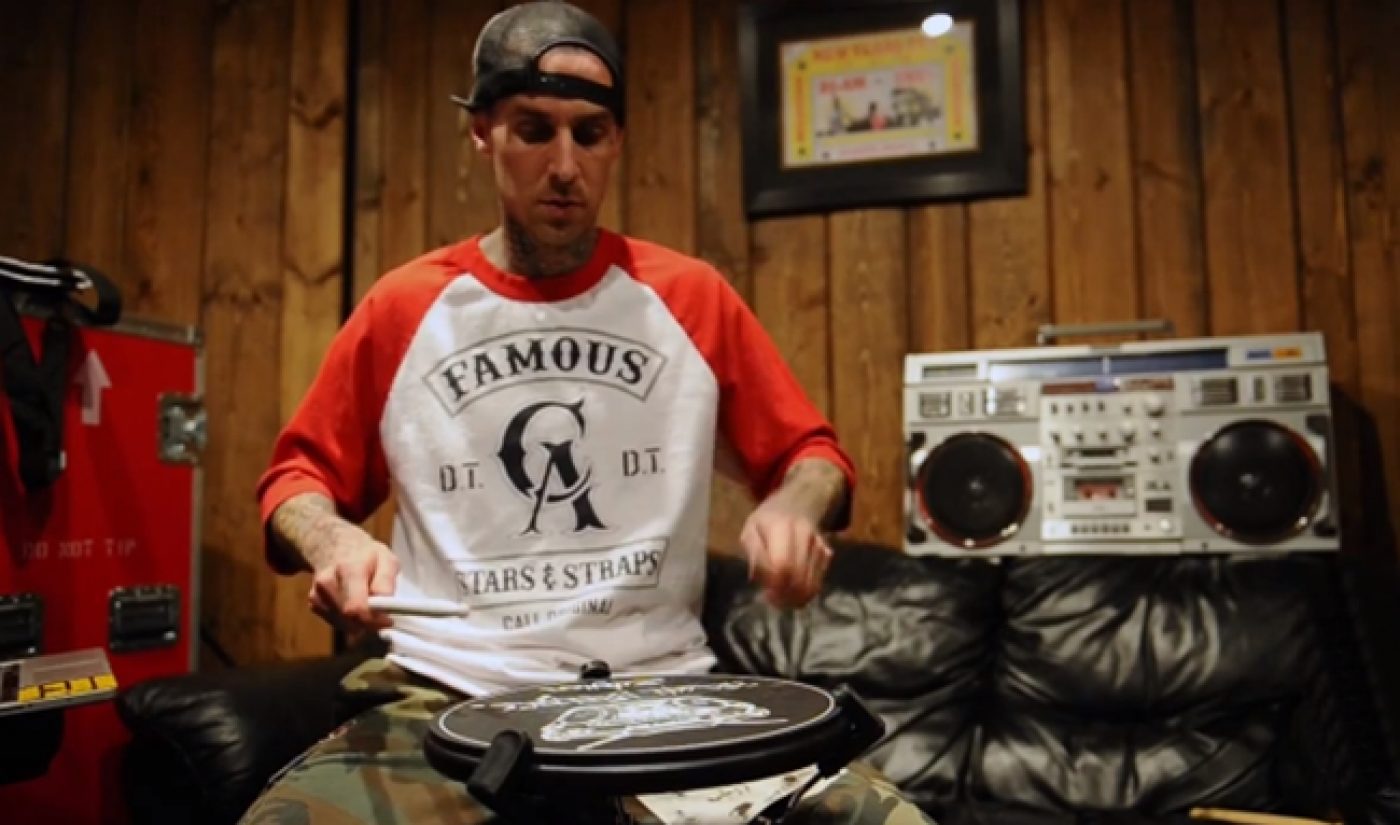 If you search YouTube for videos of Blink 182 drummer Travis Barker, you’ll find dozens of his technically masterful solos, each sport sporting tens of thousands of views. Now, the highly proficient musician is imparting his percussion skills onto his many fans. Barker has launched The Crash Course, an instructional web series where he teaches viewers some tricks of the drumming trade.

In the first episode of The Crash Course, which was released on Barker’s personal YouTube channel, he goes over some basic stretching techniques and a few introductory warm-up practices. Judging by the flow of the episode and the teaser for the second installment, The Crash Course is structured like a lesson plan, one that can theoretically elevate its students from slack jawed fans to full-on percussion heroes.

Barker could be an ideal instructor thanks to his proficiency in several drumming styles; throughout his career, he’s played with punk, ska, alternative rock, and hip-hop groups. For all of his mastery of the craft, however, his video presence is a bit lacking. His presentation doesn’t bring the same energy that his drumming does, and he would definitely be a better face-to-face teacher than an online one. Also, unless he wants it to be known as ‘that other Crash Course series on YouTube’, he might want to find a new title. If he would still like to use a pun, he could go with ‘The Bass-ics’ (cue groans).

For a beginning drummer, Barker’s videos are invaluable. Unskilled percussionists can now learn from the best, an opportunity that will help separate their videos from the veritable sea of drumming videos that populate YouTube. It’s like Expert Village, except with an actual expert.