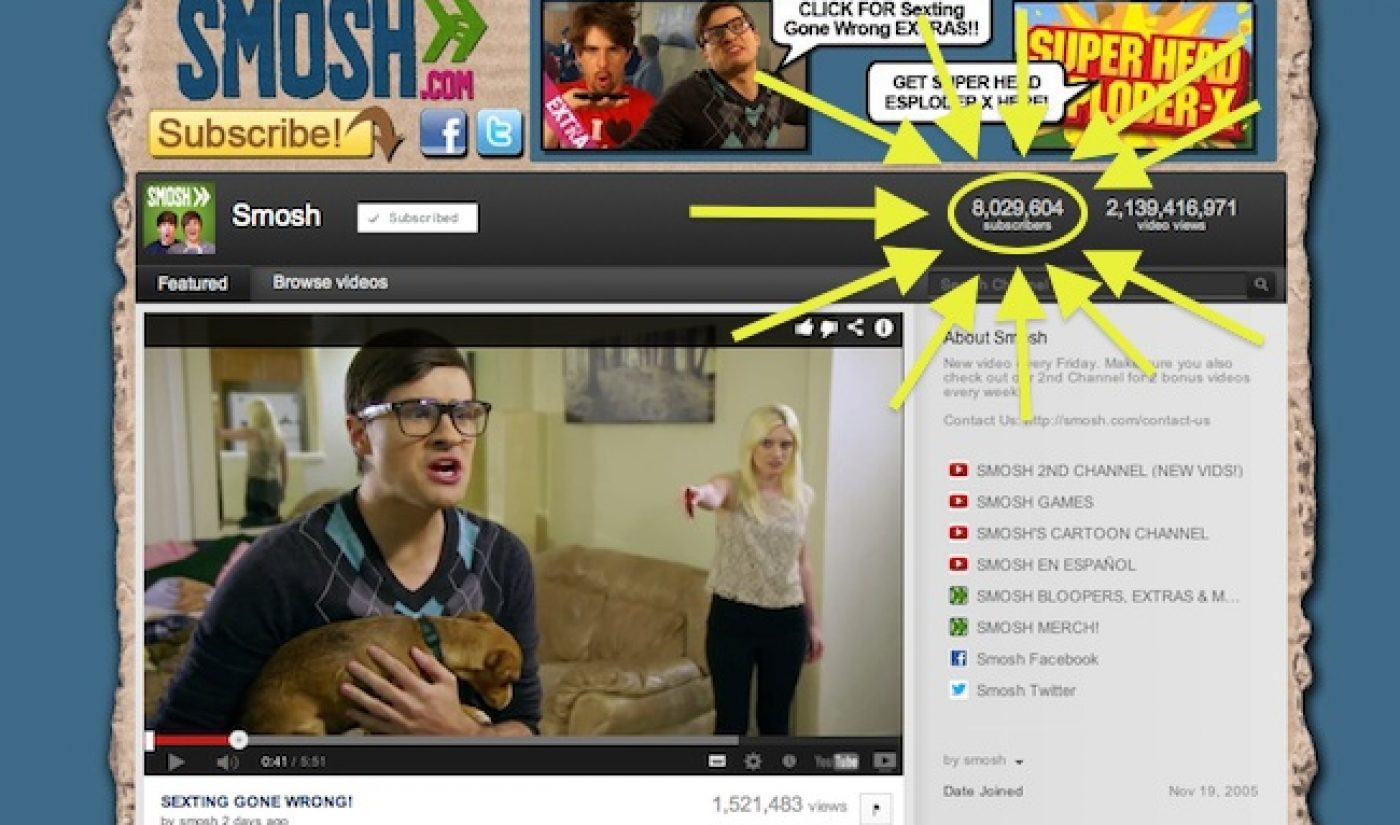 That means the current leader of YouTube’s All-Time Most-Subscribed Channels chart and online repository of Ian Hecox and Anthony Padilla’s weekly comedy videos has accumulated roughly 24,390 subscribers per day on its short path from 7,000,000 to 8,000,000 subs, which equals out to 1,016 subs per hour and 16 subs per minute.

That’s quite an acquisition rate and definitely something about which to celebrate. Here’s what Padilla had to tweet after achieving the unprecedented milestone:

Still can’t believe 8 million of you are now subscribed to our channel. I luv you guys 🙂

Since Smosh passed Ray William Johnson to become the Most-Subscribed YouTube Channel of All-Time back in early January 2013, Hecox and Padilla have shown no signs of relinquishing the position anytime in the near future. In the not-so-distant future, however, Jenna Marbles poses a serious threat.

The YouTube personality with a penchant for Spiderman, honesty, and canines weighing less than 20 pounds recently passed Ryan Higa to become the Third Most-Subscribed YouTube Channel of All-Time. She’s currently at 7.4 million subs and climbing, which is less than 200,000 behind  Johnson and his number two Most-Subscribed Channel.

Stay tuned to see how the ongoing horse race that is the Most-Subscribed YouTube Channel Charts continues to play out. In the meantime, check out Smosh’s latest installment: