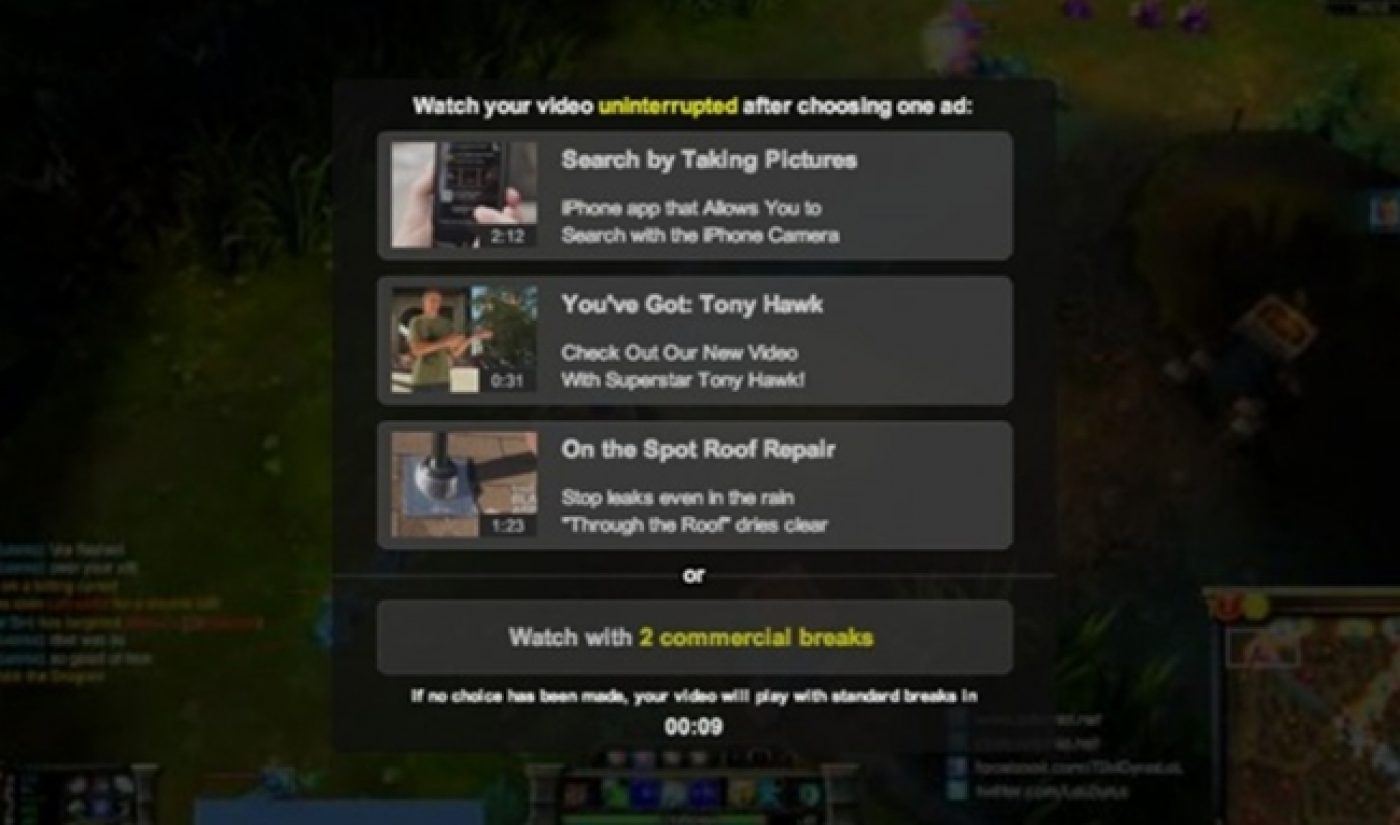 If you’re the kind of person who tends towards long form content on YouTube, you may have noticed the site’s new feature that allows users to choose which pre-roll ads they watch before viewing videos, a system already implemented on Hulu. It’s being tested on a few lengthy videos as YouTube gauges whether its users prefer one long ad or several shorter ones.

As it stands, the feature will be implemented on longer, episodic YouTube content, where multiple commercial breaks are warranted. Though implementing the feature on every partnered YouTube video would allow extreme levels of personalization, it may be too much of a time waster for people who just want to sit through five seconds of whatever ad is presented to them before hurriedly smashing the ‘Skip Ad’ button.

The feature has paid dividends for Hulu; as an article in The Next Web explains, “Hulu found that  offering ad control improved ‘unaided brand recall’ by 93%, brand favorability by 27%, purchase intent by 35%, and stated relevancy by 46%.”

Allowing users to choose their advertising choices will provide the same benefits to brand recall, but its relevancy on YouTube goes beyond that. Since pre-roll views count towards an ad’s view count, popular spots that are chosen more often will have higher view counts, while neglected ads will sport a lower figure. It won’t make view counts a completely accurate metric, but it will at least make them mildly useful by skewing the data towards what viewers want to watch, rather than what is forced upon them.