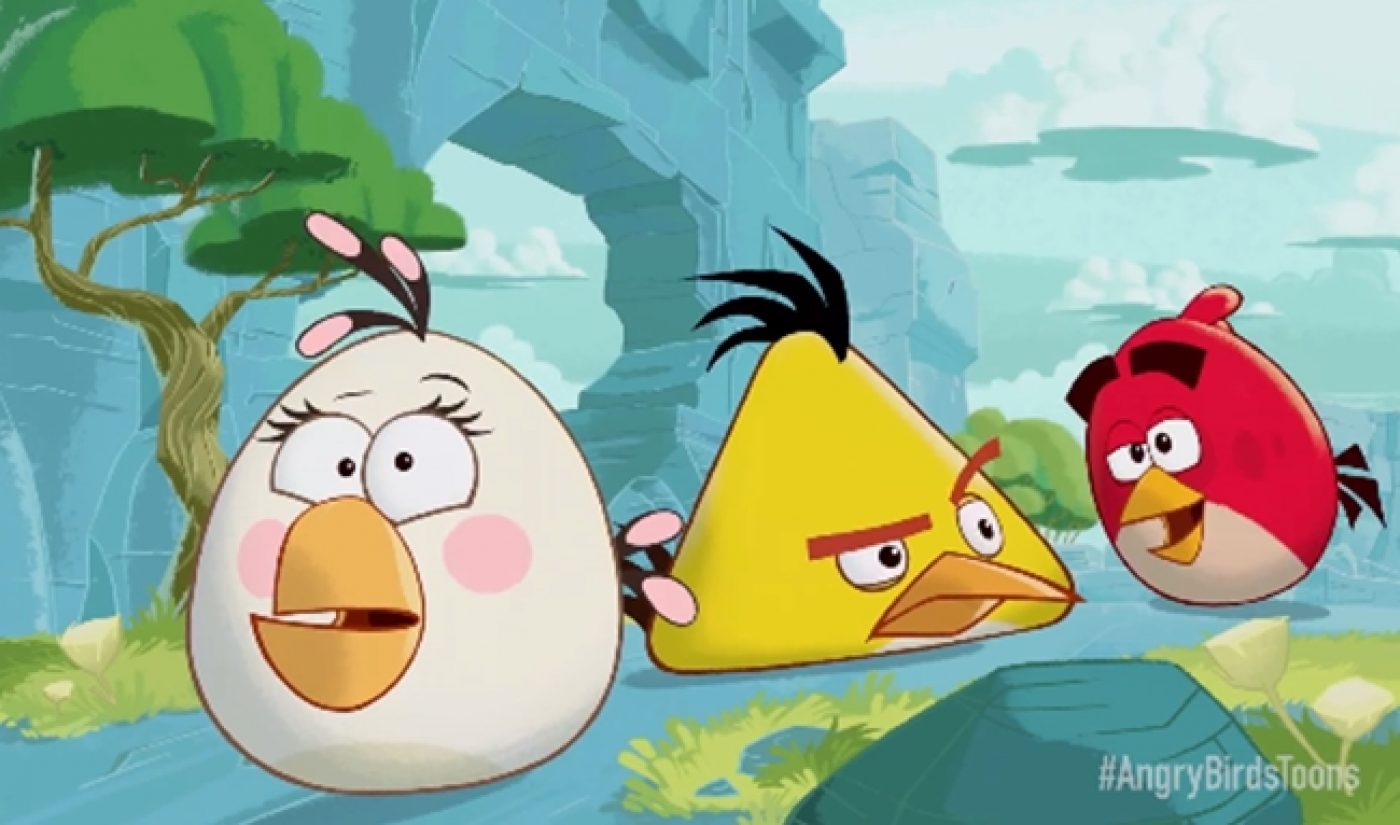 Well, it was only a matter of time. After the success of several animated web series based off of beloved mobile games, it comes as no surprise that Angry Birds is making the jump to the YouTube screen. Developer Rovio will release Angry Birds Toons, a derivative series featuring all of the game’s characters.

A trailer has been released, showing the four central avian characters in action against the dastardly pigs, who (at least in the game) keep stealing the birds’ eggs. You would think they’d have wizened up by now, but no.

If the trailer is any indication, Angry Birds Toons will be similar in style to Swampy’s Underground Adventures and Om Nom Stories, the two other mobile-game-turned-web-series products we’ve seen in the past few months. Like those series (especially the Disney-distributed Swampy cartoons), Angry Birds Toons will be colorfully animated, unrelentingly slapstick, and devoid of spoken dialogue in favor of various yips and yowls. It may get annoying for parents who hope to pass the series off to their attention-seeking kids, but they’re probably used to the screeching noises of the Angry Birds game by now.

It’s unclear if Angry Birds Toons is related to an earlier planned series meant to stretch for an entire year across 52 episodes. We do know that the series will debut in March, about a half year after the forecast for the first planned companion.

The series will be released on the Rovio YouTube channel; the Swedish developer has already brought in more than 461,000 subscribers thanks to the game’s popularity, thus allowing Angry Birds Toons to build up millions of views across the weekly episodes with having to rely, as the previous mobile game adaptations did, on pre-roll advertising. Angry Birds Toons is coming, it’s going to be big, and if you don’t like you can prepare for a red bird to the face.