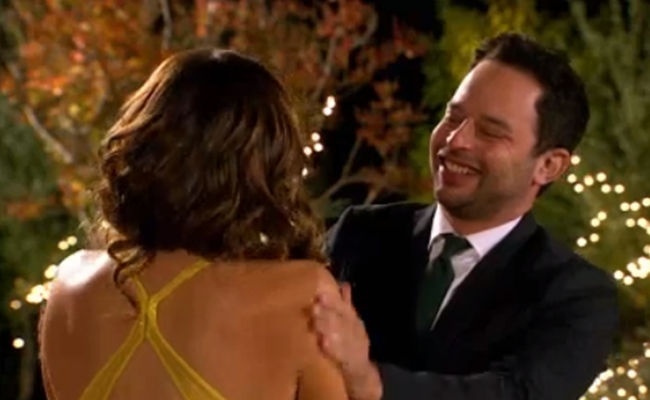 We’ve been tracking the return of Burning Love since it was announced, and the Ben Stiller production has now debuted on Yahoo Screen. The first two episodes waste no time introducing viewers to a selection of lunatic bachelors, but Burning Love also has a new suitor of its own. The series has signed a deal with PHD; the ad agency will control all of the series’ branded sponsorships.

The first episode profiles all of the men who will vie for the heart of Julie, a season 1 contestant who takes center stage in a Bachelorette parody. Julie’s suitor include a prince, a musician, and several notable stars, such as Adam Scott, Nick Kroll, and Colin Hanks. The first two episodes arrived just in time to provide a Valentine’s Day treat.

As for the advertising deal, PHD came to the series thanks to a previous relationship with Yahoo. “There are so many reasons we wanted to be involved: The writing, the production, the built in following, the wittiness, the ability to push our clients further in a smart, conceptual integration,” explained a PHD exec. “Didn’t hurt that a lot of us were big fans of the show to begin with.  We really believed that this is the next step to take our clients, and a way to be fresh and innovative in the way that we moved them forward in reaching their consumers.”

PHD will integrate its Tums Freshers and Breathe Right brands into the show in carefully constructed appearances. “I can tell you that it’s done in a smart, funny way that fully relates to the characters of the show,” the exec said. “It’s organic and fitting in the overall script and episodes.”

But I digress; you should be watching Burning Love for the hilarious satire, not the ads. We’ve only got a couple episodes to go on, but so far season 2 looks just as on-point as its ridiculous predecessor