Zach Galifianakis Returns With Oscar Edition Of ‘Between Two Ferns’ 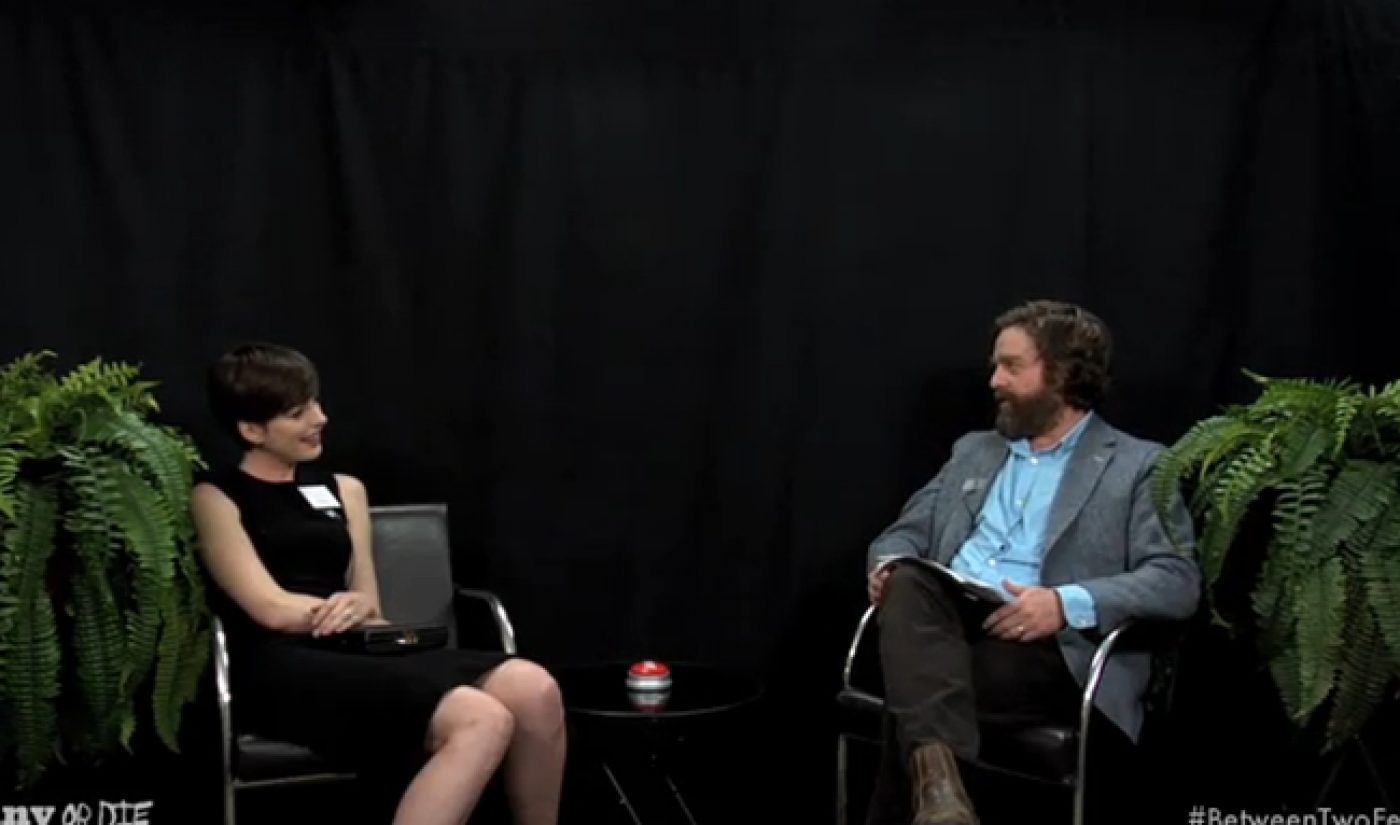 It’s been over a year since we’ve seen any new material from Between Two Ferns, Zach Galifianakis‘ Streamy-winning satire of Inside The Actor’s Studio-type talk shows. When we last heard from it, Galifianakis had just taken his awkward act to TV to the tune of over one million views. Much to our delight, Between Two Ferns has returned with a special Oscar edition, where Galifianakis stumbles through encounters with some of Hollywood’s brightest stars.

The new episode, the show’s fourteenth overall, was recently posted on Funny or Die and features five Academy Award-nominated actors: Jennifer Lawrence, Naomi Watts, Christoph Waltz, Anne Hathaway, and Amy Adams. Each awkward segment is unique in its own way, but Hathaway turns in the most memorable turn as a wasted version of herself. If Best Actress were decided by one’s performance on a goofy Zach Galifianakis web series, the Les Miserables lead (and previous Funny or Die star) would be at the front of the pack.

Previous installments of Between Two Ferns notched millions of views per episode, and the Oscar edition should end up becoming similarly popular. Given that it is subtitled “Part 1” and ends with an ominous “To Be Continued…”, we can expect Galifianakis and Funny or Die to release at least one more series of interviews. If we’re lucky, nine year-old Quvenzhane Wallis will be one of the guests. An episode featuring the Beasts of the Southern Wild star would be one of the best imaginable combinations of awkward and adorable. Either way, we’d like to thank Galifianakis for his Oscar treat. Keep ’em coming, Zachy boy!