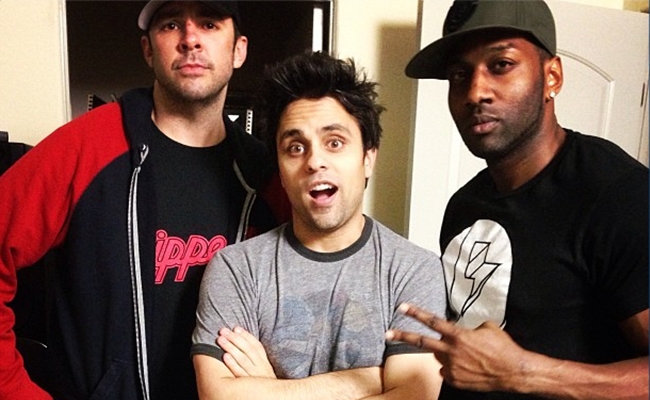 DeStorm has had so many guest appearances all over YouTube that it’s possible to forget that he is, at his core, nothing more than an indie rapper trying to make it big. He has reminded the world of his hip-hoppin’ talents with a new mixtape, titled King Kong, which features several notable YouTube stars as special guests.

DeStorm shows off his YouTube connections by bringing in #2 most subscribed creator Ray William Johnson for a guest verse on “Invincible“. Turns out RWJ can really spit it. Chester See also makes a couple appearances, showing up on “Invincible” as well as a later track, “Cameras“, which also features a pair of lesser-known rappers, Streetlight and Page Kennedy, both of whom are active on YouTube. Other creators are chipping in with their own videos, including a plug from popular vlogger GloZell. She also plugs the Streamys in her video, because she knows what’s up.

King Kong  is available for free from mixtape hosting website Datpiff, and has already received more than 10,000 downloads. DeStorm has also posted the entire mixtape on his DeStormTV channel, where it can be streamed in its entirety.

As for the music itself, DeStorm builds out the style he established on his first mixtape, Be Careful, which was released last year. He adds in plenty of catchy hooks that give the songs a wider appeal. With the 119th most subscribers on YouTube, he has plenty of fans who are ready to hear his music, and they will not be disappointed.

Also, there’s a music video coming. With astronauts. Because everyone loves an astronaut.