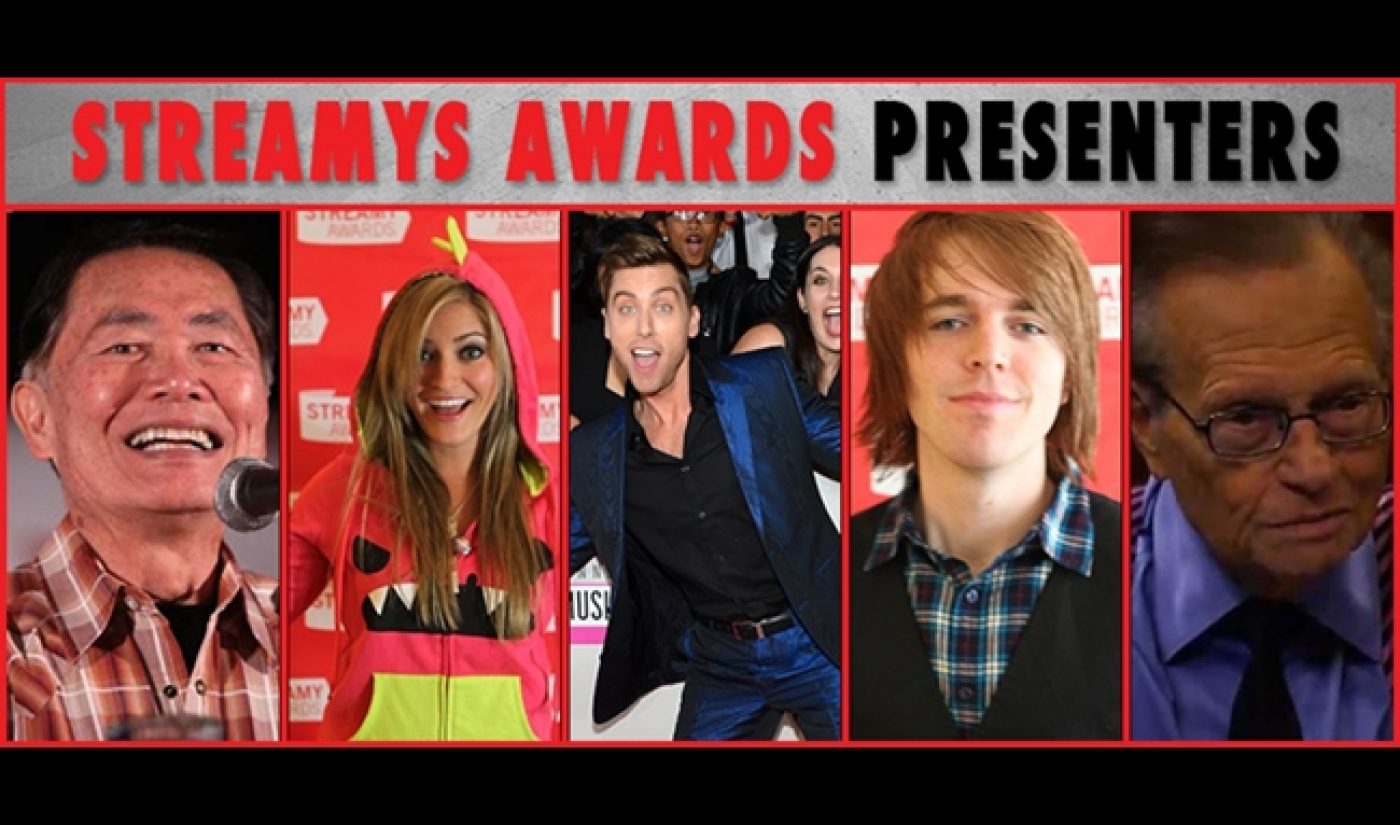 The announcement of the Audience Choice Nominations isn’t the only newsworthy Streamys item released today. Tubefilter and dick clark productions are also happy to announce the initial list of presenters at this year’s ceremony. It’s a roster that includes YouTube stars, TV actors, and many other notable names.

The presenters will include YouTubers such as iJustine, Shane Dawson, MysteryGuitarMan, ShayCarl, the cast of SourceFed, and Shira Lazar. Joining them will be TV stars such as George Takei of Star Trek, Larry King, Ty Pennington of Extreme Makeover: Home Edition, Vanessa Marano of Switched at Birth, Pauley Perette of NCIS, Eden Sher of The Middle, and Kirsten Vangsness of Criminal Minds. Musicians Charo and Lance Bass will also be present, as will Twilight-actor-turned-web-series-star Jackson Rathbone.

As a reminder, these notables are hardly the only big names who will be present at the Streamys. Chris Hardwick of Nerdist will guide us through the exciting late afternoon/evening as the host, while musical guests Vanilla Ice and Shontelle will rock our collective world along with YouTube musical sensations like Chester See, DeStorm, the Epic Rap Battles of History guys, Mike Tompkins, Kurt Hugo Schneider, Sam Tsui, Savannah Outen, and Lisa Lavie. More presenters will also be announced as the Streamys grow nearer.

With so much star power in one room, the Streamys are sure to provide plenty of laughs, thrills, and candid analyses of the state of the online video industry. It all goes down on February 17th start at 6 EST/3 PST, so be sure to grab your tickets or tune in at streamys.org. I hope to see you there!