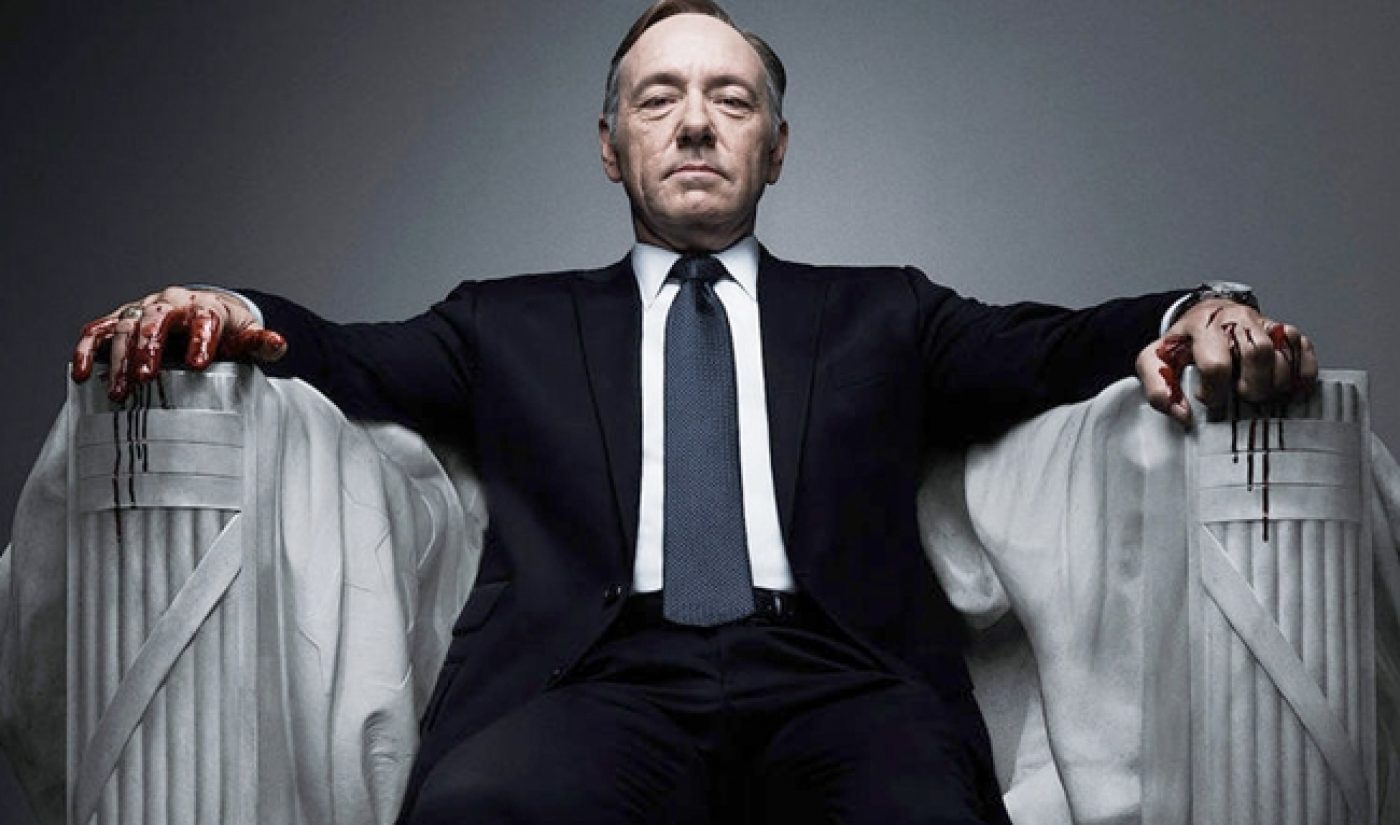 After almost two years of anticipation, House of Cards–featuring director David Fincher and lead actor Kevin Spacey–has finally premiered on Netflix, with all 13 episodes readily available. We’ve speculated in the past that the political thriller would be a game-changing web series, given its unprecedented combination of world-class direction, Academy Award-winning acting talent, and TV-quality production values. The reviews are flying off the presses, and while House of Cards may not be the watershed production we predicted, most critics agree that it’s not just good–it’s good enough!

House of Cards, which is a remake of a British hit from the 90s, stars Spacey as a manipulative politician who plays the puppeteer in order to get his way. For some critics, this conceit really works. “Co-created and written by Beau Willimon (The Ides of March), House of Cards is the right lead-off show [for Netflix in 2013] because it has “player” written all over it,” wrote Tim Goodman in The Hollywood Reporter. “Luscious cinematography that shows off Washington, D.C. — a central force in this political series — never gets old to look at, especially the opening montage.”

For others, however, House of Cards does little to distinguish itself as an exceedingly worthwhile political thriller. “The distribution model for House of Cards may be looking to reinvent how we watch TV,” writes Allen Sepinwall in Hitflix, “but the show itself feels very much of a piece with what we’ve been seeing for the last 10 or 15 years.”

In the end, one’s opinion of House of Cards seems driven by expectations. Variety’s Brian Lowry opens his review by telling us, “First, the good news: “House of Cards” is a credible, premium-TV-worthy exercise, one whose impressive auspices serve notice that Netflix can indeed commission series that go beyond the typical ambitions and limitations of Web-originated fare.” When stacked up against much-discussed premium cable fare, however, House of Cards can’t hold up. “The tables have turned,” Hank Stuever sarcastically quipped in his Washington Post review, “Presuming, of course, that “House of Cards” is a show anyone will consider retweetable must-see television requiring breathless recaps. It’s my sad duty to rain on that particular inaugural parade — at least judging from the two David Fincher-directed episodes critics were allowed to see early.”

How will you view House of Cards? If web TV is going to stand on the same level as its offline brother, it needs to be viewed equally, and by this measure, the quality of Netflix’s new series is questionable. If you’re content, however, to simply judge the series against fellow web series, most agree it is just as entertaining as the best political thrillers on the web, if not better. Temper your expectations accordingly, and you won’t be disappointed.