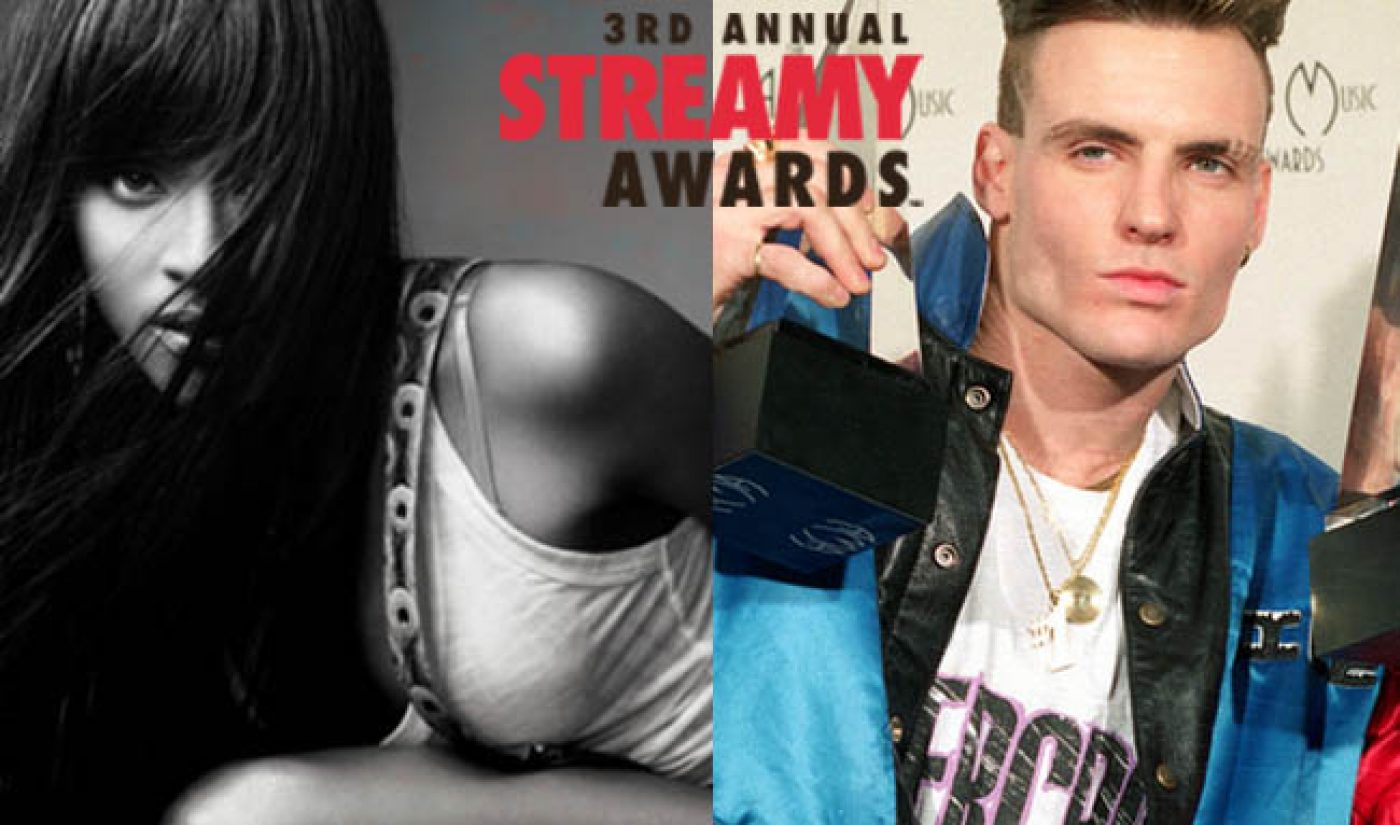 Vanilla Ice kicks off the first verse of his song that cemented his status as a true pop music legend with the following words: “All right stop, collaborate, and listen.” We at Tubefilter and the Streamy Awards like those lyrics and their message. A lot.

That’s why we’re ecstatic to announce two of the star-studded, stellar, and (most importantly) collaborative performances that will be taking place at the 3rd Annual Streamy Awards on February 17, 2013 at the Hollywood Palladium in Los Angeles, California.

Rob Van Winkle, who sold 11 million copies of his debut album To the Extreme under the moniker of Vanilla Ice, will be taking stage to rock a mic like a vandal and perform a few of his perennial hits alongside a set of YouTube’s and online video’s most notable musicians, including Chester See, DeStorm, the duo from Epic Rap Battles of History (aka Peter Shukoff and Lloyd Ahlquist), and Mike Tompkins.

And With over 83 million video views on her YouTube channel, Shontelle is a 27-year-old rising star with a helluva voice who is slated to sing her super (and widely covered) hit single, Impossible with help from some more of YouTube’s and online video’s most notable musicians, including Kurt Hugo Schneider, Sam Tsui, and Savannah Outen.

The show is going to be ice cold. Get your tickets while you can. And word to your mother.