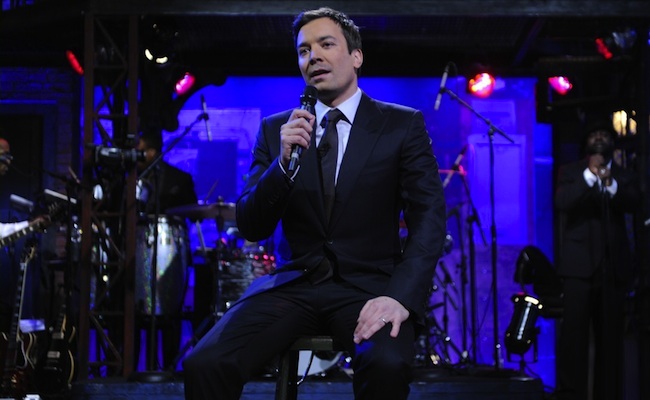 The Gregory Brothers can add something else to their resume in addition to MLK Jr. mix artist extraordinaire, a couple of Streamy Awards, a spot on the Billboard Top 100 Charts, performing at the 83rd Annual Oscars, and partnering with Maker Studios. Late Night with Jimmy Fallon.

Fallon took to YouTube to make the announcement and solicit viewers in possession of sports paraphernalia to record a three to five second video of themselves shouting “Wooo!” into the camera and say a sweet nothing or two about football while wearing their favorite team’s colors (in the form of clothing, jerseys, face paint, and/or body paint). The videos (which interested parties should upload to YouTube and title “My Late Night Super Cut”) will then be sent to the Gregory Brothers so they can work their auto-tune magic and transform the out-of-tune chants of hundreds or thousands into something that sounds fantastic.