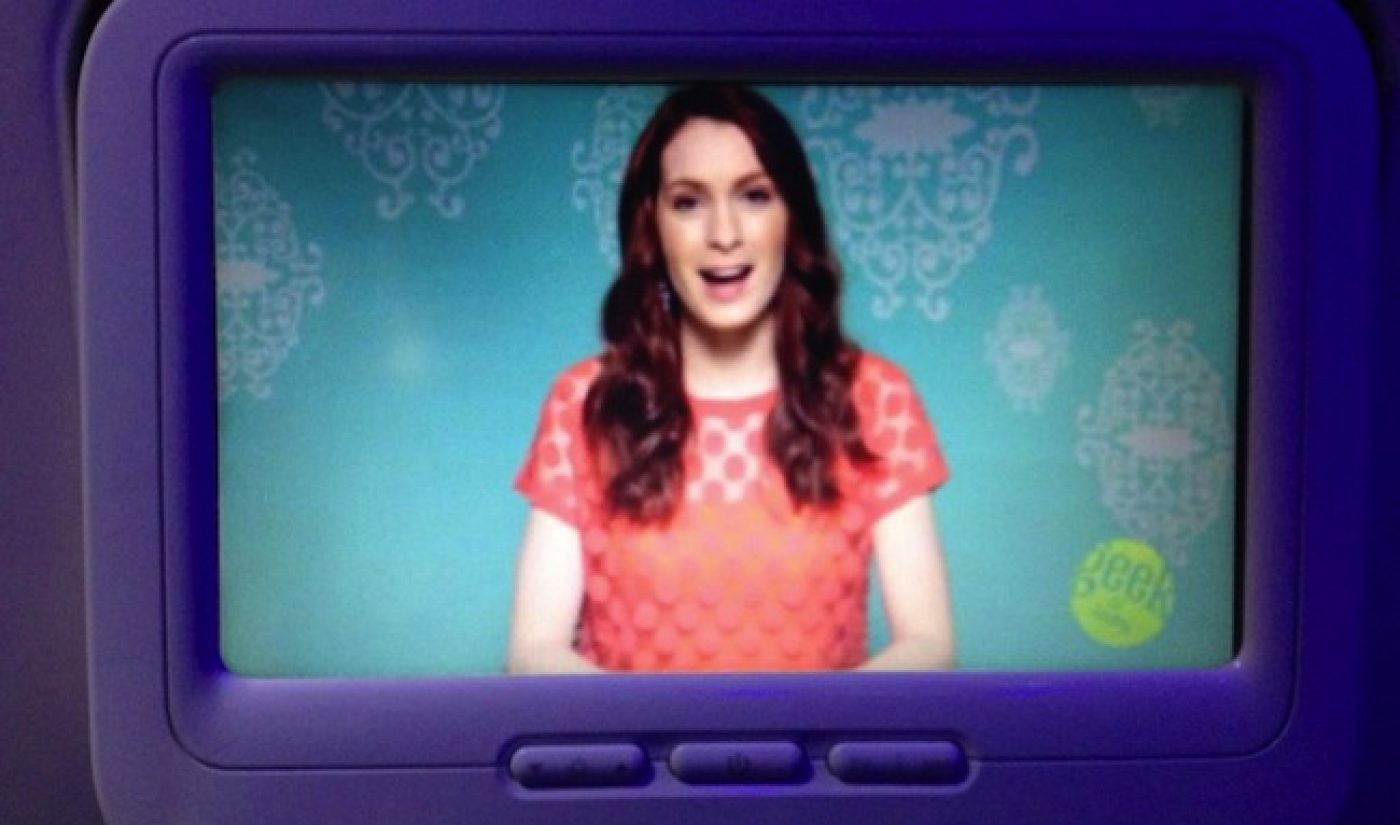 YouTube started to distribute an exclusive slate of its original programming to Virgin America’s in-flight entertainment network in December 2012. The deal with the the San Francisco-based, US-majority-owned iteration of billionaire playboy Richard Branson’s Virgin airline brand is a great PR move for both parties. It shows YouTube is actively engaged and interested in finding new audiences and screens for titles from its Original Channels Initiative and further strengthens Virgin America’s Silicon Valley ties and status as having the most tech savvy planes in the air.

But the question is, who’s watching? Well, we at least know of one person.

Felicia Day snapped a shot of herself on screen on a recent Virgin America flight. The perennial online video star’s programming from her YouTube channel Geek & Sundry makes up a portion of the YouTube slate airing on the airline. Other titles include, Warner Brothers’ H+ The Digital Series, WIGS’ Blue, Crash Course and Barely Political’s The Key of Awesome.

Traveling on Virgin America sometime soon? Shows us how you fly and snap a picture next time you’re watching YouTube programming 30,000 feet or more in the air.