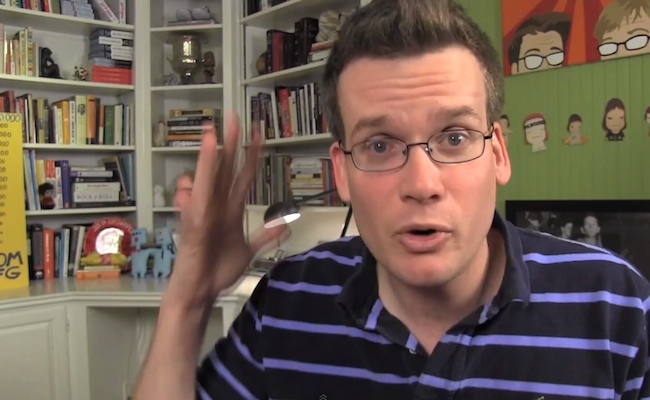 Vlogbrothers to Perform in NYC, Sell Out Carnegie Hall

The siblings who have gained stardom, acclaim, 900,000+ YouTube subscribers, and more than 282 million views from their intelligent, back-and-forth, and decidedly nerdy commentary shot and uploaded to the internet under the banner of Vlogbrothers are taking their act to a live audience in a 3,000 person theater at New York’s Carnegie Hall. John and Hank Green: An Evening of Awesome on Tuesday, January 15 will feature the duo doing their thing along with a “little showbiz,” the Mountain Goats (who are awesome and sing about Vampires), and more as-of-yet unannounced special guests.

The variety show comes about 13 months after Hank and John launched their literature and ecology educational video series Crash Course (which is part of the first round of YouTube’s $100 Originals Initiative), a little over a year after the release of John’s novel The Fault in Our Stars, and a little less than a month after the siblings helped raise $483,446 for charity during their annual Project for Awesome campaign.

Tickets to the Carnegie Hall show are all sold out, but Hank and John will be holding two rehearsal performances on Monday, January 12. A Rehearsal of Awesome with John and Hank Green will be held at the Housing Works Bookstore Cafe in NYC. Tickets are $10 a piece and “100 percent of ticket proceeds go toward Housing Works’ fight against homelessness and AIDS.”

If you’re not in the NYC area, but still want to tune in, check out this list of locales that will be streaming the Carnegie Hall event to Nerdfighters all around the globe.