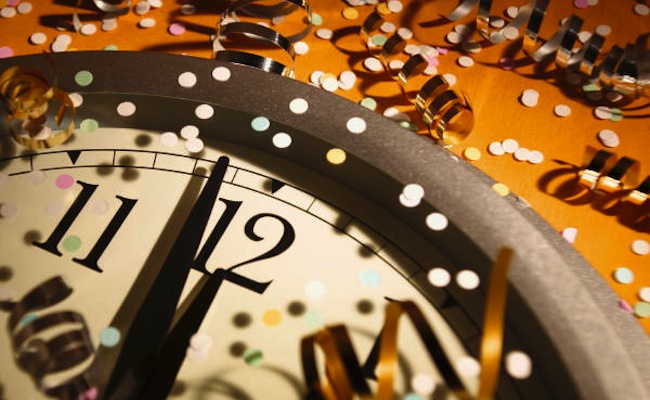 Celebrate New Year’s Eve with the Internet and ‘Project Midnight’

It’s the first New Year in the last 81 of them in which the world will be without Dick Clark when it counts down to midnight. Rockin’ in the New Year won’t be the same without him, but you can find some solace in watching Ryan Seacrest kick off 2013 from New York’s Times Square, giving that special someone what advertising gurus at Procter & Gamble are now trying to market as a #ScopeKiss after the final moments of 2012, or sharing your first few seconds of January 1 with the unknown online masses in a NYE collaboration.

Mary Matthews is back with the fifth installment of her Project Midnight. The old school video blogger (behind online video firsts like 39 Second Single), internet collaborator (who orchestrated the web’s largest slow dramatic clap), and Transport Workers Union of America’s Interactive Media Producer/Director (responsible for projects like The Worst Governor Ever Award) wants you to snap a photo of whatever it is you’re doing wherever you are on New Year’s Eve and send it to her at mcmpressATgmailDOTcom by 5PM EST Tuesday, January 1. Matthews will then compile all the submissions into a video montage showing how individuals from all around the world happily (or sleepily) celebrate the year that was and the 365 days that are to come.

Take a look at the final product form Project Midnight 4 to get inspired and don’t forget to snap a pic come midnight on Monday so you can share your New Year’s Eve moment with Matthews and the internet.