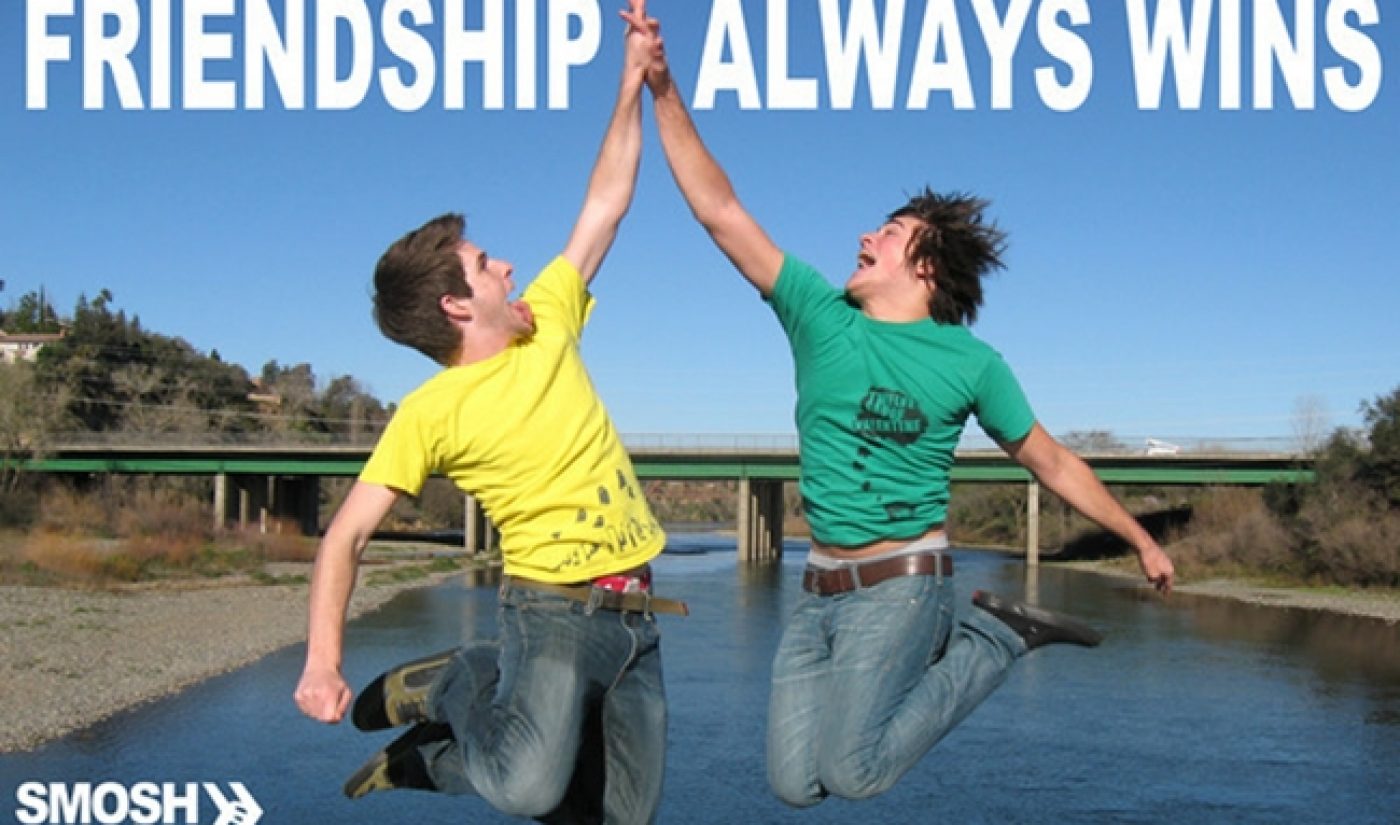 The Smosh guys can count themselves among YouTube’s elder statesmen; Ian Hecox and Anthony Padilla have been near the top of YouTube’s most subscribed list for the majority of the video sharing platform’s seven year lifespan. The duo’s Beef n’ Go video is one of YouTube’s most popular non-music videos , racking up over 96 million views.

Now, more than seven years after Smosh joined YouTube, they are making a run for the top of the mountain. Hecox and Padilla’s channel has passed Ryan Higa’s nigahiga channel to become the #2 most subscribed user on YouTube. As things stand, Smosh is just 94,000 subs behind RayWilliamJohnson. Though the =3 creator has seen a recent subscriber boost thanks to his feud with Maker Studios, Smosh is gaining subscribers at a faster rate. If the current trend holds, Smosh will catch RWJ in the next month and claim their place at the top.

Hecox’s IanH channel is also among YouTube’s most subbed; it currently sits in 43rd place with over 2 million followers. The duo’s Smosh Games channel, despite being launched just two months ago, will also soon cross the one million sub mark, becoming one of the first 150 channels to accomplish such a feat. The drive generated by those two channels alongside the main Smosh feed gives me no reason to doubt the pair’s eventual ascent to #1.

Smosh has also recently released a holiday special, a two-part claymation movie. Help yourself to some holiday magic as you drive Smosh’s traffic even further.