Saveur And Hungry Team Up For Yet Another Cooking Web Series 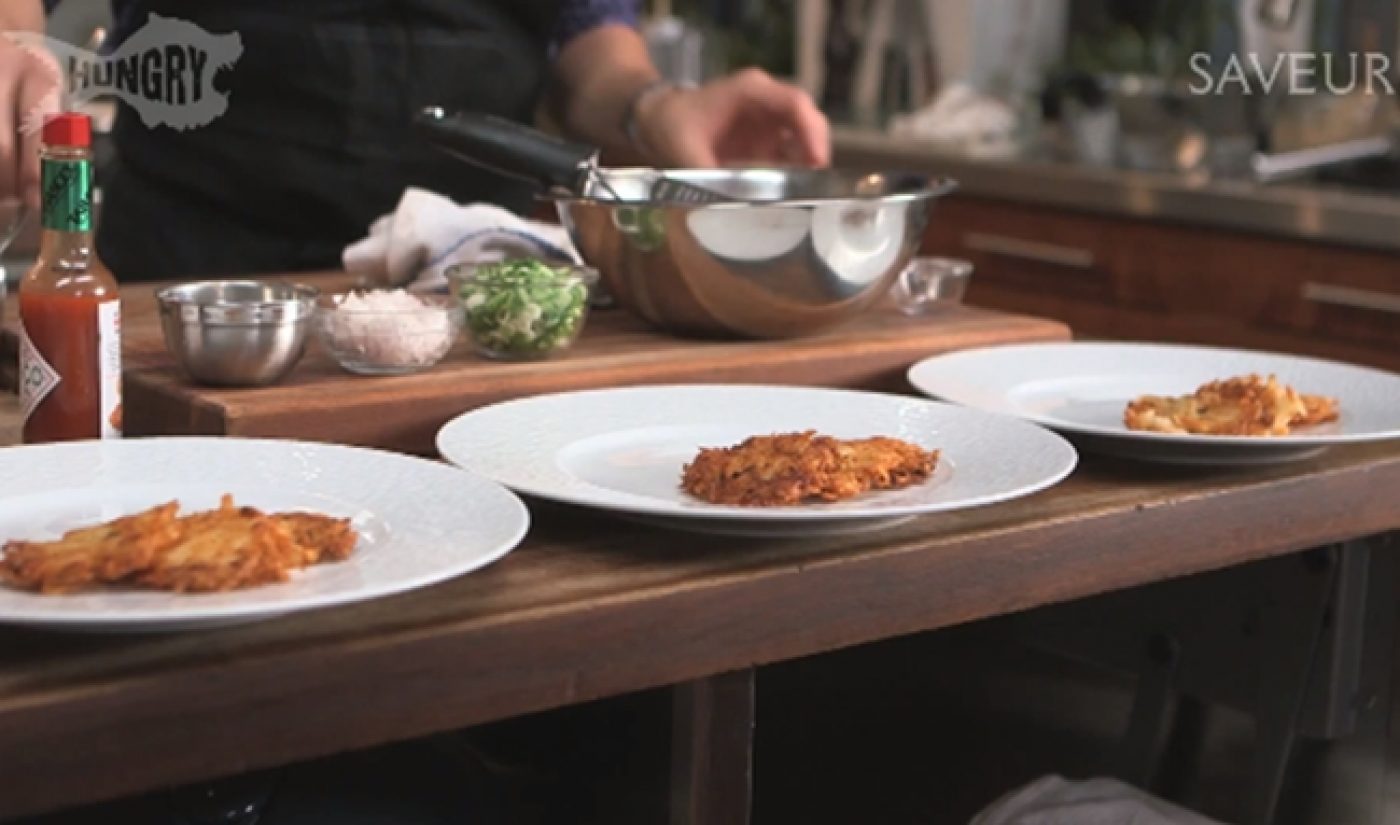 A recent infographic informed us that fashion and beauty YouTube channels far outnumber culinary ones, but recent trends make it seem as if the cooking shows are closing the gap. In the past few days alone, web series from Tasted and Bravo have debuted, each one profiling gourmet chefs as they prepare sumptuous-looking meals.

Cooking competition shows are particularly popular, and the Hungry channel (a YouTube Original) has decided to get in on the fun. The Electus-produced foodie fest has launched Dueling Dishes, a one-on-one cook-off created in partnership with Saveur magazine. The first episode of the culinary challenge was recently released, with a timely latke battle just in time for Hannukah.

What makes Dueling Dishes distinct from other cooking competitions is the way it seems like a didactic program more than a battle. Yes, there was judging, and yes, the two featured chefs happened to showcase contrasting styles, but the majority of each episode is spent talking to the chefs and learning their secrets rather than ogling their culinary techniques (as Iron Chef and Top Chef are wont to do). The result is a show that masquerades as a competition but, as with Recipe Rehab, allows viewers to mentally capture a recipe or two at the end of each episode.

Dueling Dishes is so focused on dishing out diverse recipes that it establishes a silly dichotomy between its chefs. The latke battle came down to ‘tradition vs. innovation’, and in the end, innovation won, because of course latkes taste better when you fry them in duck fat. If I were the ‘traditional’ cook, I’d spout plenty of nonsense about my dad’s recipe, but I know I’d always end up sneaking a bit of the ‘innovative’ recipe in the end.